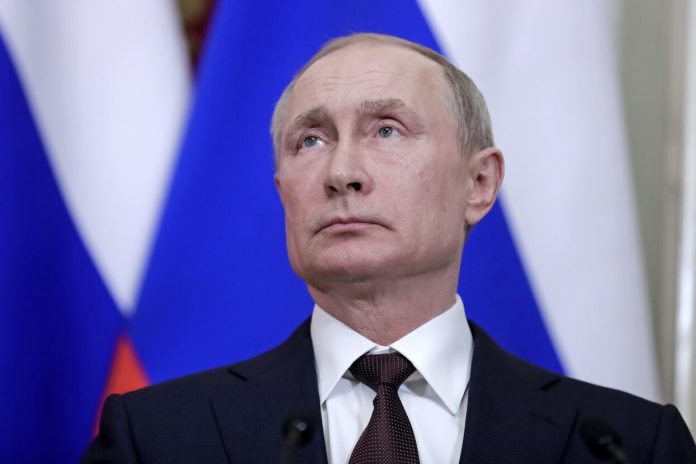 The Kremlin leader recently wrote an op-ed  “On the historical unity of Russians and Ukrainians” . The wide-ranging nearly 7,000-word column mentions former Romanian provinces, Bukovina and Moldova, which the Romanian call Bessarabia.

The editorial asserted that the Soviet Union regained Bessarabia and Northern Bukovina which had  been “occupied” by Romania since 1918 when World War I ended.

But Alexandru Muraru, an advisor to the prime minister on historical matters, called it „another significant falsification of a historical truth and an affront to the memory of those who believed in the ideals of freedom and democracy for Bessarabia.”

He accused Mr. Putin of  “revisionism” and distorting  historical truths.

„Romania did not” occupy „Bessarabia or Northern Bukovina in 1918, but reunited with them democratically.”

He said the Romanians who formed the majority in the two provinces „expressed their desire to unite with the Kingdom of Romania,” after the war. Mr. Muraru is a historian and Liberal Party lawmaker.

He stated that  „Bukovina has always been part of the historical land of Moldova, until it was annexed by the Habsburg Monarchy in 1775. “

Bessarabia, „the territory between the Prut and the Dniester (rivers), was ceded under the terms of the Treaty of Bucharest in 1812” by the Ottoman Empire, to the Russian Empire, he added.

He said the Romanian Army’s military victories during World War I  led to the creation of „Greater Romania.”

Romania almost doubled its territory in the aftermath of the war, as it regained Moldova, Transylvania, Bukovina and won parts of Dobrogea from Bulgaria in the southeast. The treaty for the new territorial changes was signed from 1919-1920.

He said Putin’s op-ed was ” part of the well-known post-Soviet Russian” narrative of the last century  and part of  “a significant hybrid war.”

The purpose is to “construct false historical narratives to justify their post-imperial, expansionist dreams.”