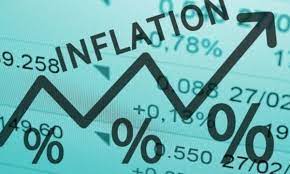 Romania’s inflation spiked 10.2% in March to an 18-year high. Soaring energy prices hikes are fueling the sharp increase which should subside later this year, the central bank said. .

The National Statistics Bureau published figures on Tuesday which showed food was  11.2 % higher in March than a year ago. Last month’s figures are a sharp increase from February’s 8.53% year-on-year rate.

The heftiest price hikes were gas which rose 46%, potatoes up 36% and fuel which was 34% more expensive than last year, the statistics office said.

Energy price hikes are the main factor in inflation which started heating up last year. which began last year. The outbreak of war in Ukraine has disrupted supply chains pushing living costs to new highs all across Europe.

Romania’s central bank has forecast a peak in inflation at the end of the first quarter, followed by a downward trend for the next 18 months.

Romania’s economy is expected to grow by 1.9% in 2022 with risks strongly tilted to the downside, the World Bank said this weekend, revising its January forecast of a 4.3% gross domestic product (GDP) growth.

„Romania’s economy rebounded at 5.9% in 2021, despite supply disruptions, a significant pick-up in inflation and the effects of the pandemic. The economy is projected to modestly expand in 2022, although recession risks resulting from the Ukraine crisis are high,” the World Bank said in its Europe and Central Asia Economic Update Spring 2022 report published on Sunday.

The strength of the recovery will depend on the evolution of new Covid-19 variants and the severity of Ukraine conflict, SeeNews reported on Monday.

Romania’s capacity to absorb the EU funds will be critical to a sustainable, green, and inclusive recovery process, the lender added.

Romanian gov’t undecided on ‘no jab, no job’ green pass for workplace