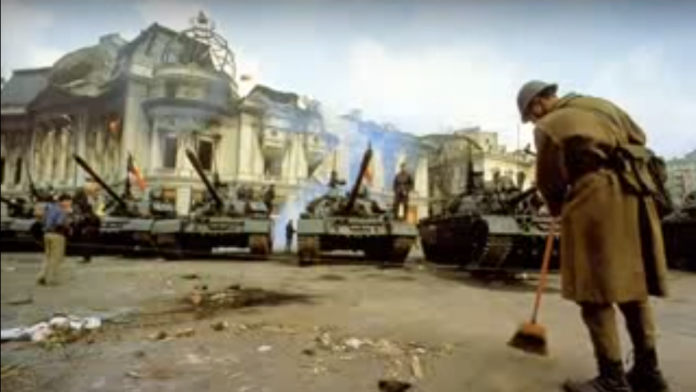 The collapse of communism and Romania’s transition to a democracy will be commemorated in the U.S. in a series of events dedicated to the anniversary of the 1989 bloody revolution.

A cultural and educational program begins on Tuesday in Washington DC.

There will be academic conferences and exchanges, an artistic event and a report on democratic developments and the evolution of Romanian-American relations after the overthrow of dictator Nicolae Ceausescu’s regime in the 1989 revolt which left over 1,100 people dead.

„In that December, along with thousands of Romanians, I took to the streets (to protest) against the totalitarian regime that opened fire on people,” said Petrica Balint, who fought in the western city of Lugoj, and represents  an association of former fighters and a government agency tasked with keeping the memory of the 1989 revolution alive.

“We went out to sacrifice ourselves for a just cause – freedom,” he said. “Now, 30 years on, we remember the heroes who fell, and to honor them today we need to keep fighting to preserve the liberties won in those bloody winter days.”

The project is the result of a partnership between the Romanian government through its State Secretariat for the Recognition of Fighters against the Communist Regime, The George Washington University, The West University of Timisoara and the National Federation Honor Lodge of the 1989 Revolutionaries.

The first event on Oct. 23, “30 years on: The Romanian Revolution of 1989,” is a conversation with Romania’s ambassador to the U.S. George Cristian Maior and Dr. Dennis Deletant, professor of Romanian studies at Georgetown University.  The event is hosted by the George Washington University Museum – the Textile Museum in Washington DC.

A report on the 1989 revolution and development of democracy in  law, civil society and defense will be presented at a Jan. 21-25 conference at the George Washington University. The report will examine relevant academic and policy works regarding Romania’s evolution in these areas, as well as in other sectors related to human freedoms and dignity, as well as the development of Romanian-American relations after the fall of the communist regime.

In December 1989, on the heels of velvet revolutions in neighboring communist countries, Romanians rose up against long-term communist dictator Ceausescu.

Following his ouster, Romania embarked on the journey to democracy. It joined NATO in 2004 and the European Union in 2007.