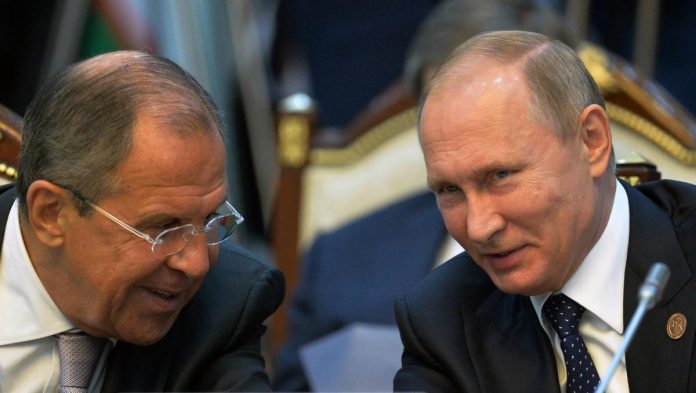 Russia’s Sergey Lavrov has denied Russia invaded Ukraine and dismissed  reaction to the Mariupol hospital bombing as a “pathetic outcry” as peace talks broke down.

The Russian foreign minister made the extraordinary claim Thursday after meeting Ukraine’s foreign minister Dmytro Kuleba, who vowed his country “will not surrender” to Russia as the negotiations made no progress towards a ceasefire.

Speaking after the failed talks that were held in Turkey, President Vladimir Putin’s envoy said: „We are not planning to attack other countries. We didn’t attack Ukraine, either.”

The diplomat again accused the West of stoking tensions and insisted that Russia was carrying out ‘special operations’ in Ukraine.

He claimed Ukrainians are being used as human shields by ‘so-called territorial defense forces.’ He alleged Russia was operating humanitarian corridors for the safe evacuation of civilians, despite repeated shelling of the escape routes.

In reference to Wednesday’s hospital attack in Ukraine, he said: „It is not the first time we see pathetic outcries concerning the so-called atrocities perpetrated by the Russian military.”

Russia did not agree to a 24-hour ceasefire, to halt firing so aid could reach civilians, and evacuate hundreds of thousands of people trapped in the besieged port city of Mariupol, Ukraine’s foreign minister said.

“It seems that there are other decision-makers for this matter in Russia,” Mr Kuleba added in apparent reference to the Kremlin.

He described the meeting as “difficult” and accused the Russian minister of bringing “traditional narratives” to the table.