Standard & Poor’s said that it has revised the outlook on Romania to stable from negative due to lessening fiscal risks.

The stable outlook boosts the credibility for the center-right ruling coalition and was welcomed by Prime Minister Florin Citu on Saturday.

The report indicates that the government’s fiscal consolidation agenda is perceived as credible and that Romania’s public and external finances will stabilize over the next two years, S&P said in a press release on Friday evening.

„The agency has maintained our rating but more importantly it modified the view of Romania’s economy from negative to stable,” the prime minister said.

“The heroes of the Romanian economy in this difficult period are private companies, entrepreneurs. They have carried the burden. Without their confidence, we wouldn’t have made it. For all this, I thank them.”

In the agency’s view, risks from Romania’s high twin deficits are mitigated by the prospect of an injection of substantial EU funds, the government’s reform plans and a return to economic growth.

S&P said that it expects the economy to rebound by a 5% this year after contracting by  3.9% in 2020, S&P, based on EU-funded investment and the greater domestic demand.

S&P could lower the ratings if Romania’s efforts to balance its budget threaten the consolidation of its fiscal and external finances, or if its shows an inability to absorb EU funds and attract direct foreign investment.

Romania’s ratings could be raised if the government carries out institutional reforms and has a more robust fiscal framework.

„The finance ministry will continue to take steps in order to implement measures aimed at eliminating the negative effects of the Covid-19 pandemic and to boost economic recovery, while continuing its prudent fiscal-budgetary policy,” the minister added. 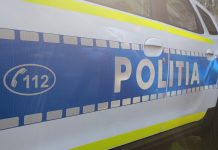