This is not a drill: Netanyahu’s government plans to make itself omnipotent, eliminate human rights and remove barriers to kleptocracy

Israel’s new government is trying to dismantle a fragile but impressive democracy that has somehow survived despite the terrible circumstances of the West Bank occupation. Its goal is to turn the Jewish state into an authoritarian fake-democracy like Poland, Hungary and Turkey; down the road lies the Russia model.

Israel is a nuclear power and a technology giant and its dramas are always news; it matters, and potential autocrats everywhere are watching as new-old PM Benjamin Netanyahu lays out a globally applicable blueprint for fooling the public into thinking authoritarianism is democracy. He may succeed where Donald trump failed.

The grimy specifics are that Netanyahu’s jackhammer agitprop machine has been working overtime to convince the Israeli public that the Supreme Court has been “activist” in a way that undermines “governance.” Like all matters related to systems of governance and rule of law, this one can be complicated. But it’s also quite simple: the claims are spurious, the motivations nefarious, and the consequences hideous.

At the heart of the “reform” proposed by Justice Minister Yariv Levin (and Netanyahu) is the reduction of democracy to its most vulgar baseline – majority rule. This is the basic tool of beginner autocracies: the cynical distortion of the idea that “the people” – a creature that actually does not exist – decides all.

Now ask yourselves a simple question: should there be no limits on what a 51% majority can decide? If 51% decide to execute every member of the other 49%, is that democratic? Most people would say no. The world is weirdly divided on almost every obvious thing, but a strong majority can surely agree that in a democracy – in a civilized society – there must be some limits. OK, then! who or what sets the limits?

In most Western countries the answer is the constitution. As part of establishing the system a constitution is devised to set guardrails representing some sort of consensus about life values, and in democratic countries these are then enforced by the top court. Some courts need to interfere more (when governments are horrible), some interfere less, some strike down laws, some order actions, some issue recommendations and all interpret existing law (or the constitution).

A not-well-kept secret is that it is generally “the elites” that write the constitution. The much-lionized “framers” of the US constitution, which is practically a religion even today, were privileged land-owning white men. In our slightly-less-absurd era, I  closely followed the creation of constitutions in Romania and other countries I covered as a foreign correspondent after revolutions: it was professors and academics and people with knowledge of history that did the work. It is now fashionable to disdain the “elites”; that’s another item in the toolbox of autocrats. It is also an excellent way to hasten chaos and poverty.

Israel finds itself a special case in that it has no constitution and probably never will. The first Knesset was supposed to enact one but religious elements objected on account of the Torah’s status in their eyes as the existing constitution. Accepting this nonsense was one of several critical mistakes made by David Ben-Gurion’s early governments which have propelled us to the abysmal juncture where we find ourselves today.

Absent a constitution, it was Israel’s Supreme Court that stepped in to enforce human rights. Mercifully, basic ones, especially equality, were promised by politicians in the 1948 Declaration of Independence. Indeed, it was the Knesset that in 1992 enshrined the principle of equality (and several related ones) by passing the Basic Law: Human Dignity and Freedom. Interestingly, the political right was in power at the time; it had not yet morphed into the mafia that haunts Israel today.

During all this time, was the Supreme Court very radical, as Levin would have you believe?

A survey by the Israel Democracy Institute finds 20 laws were interfered with in the entire history of Israel. Most were somewhat trivial, involving issues like taxes on third apartments. Some were based on the above basic law. Thus, for example, did the court find in 1999 that a provision in the Military Jurisdiction Law which allowed a soldier’s detention for 96 hours before being brought before a judge violates dignity and liberty – and it was voided. There is no record of public foment at an activist blow to governance.

Experts agree that the Canadian supreme court is far more activist than Israel’s. The US Supreme Court (not exactly a model as it is heavily politicized) is in effect far more powerful, as no one can dispute its rulings when they are presented as interpretations of the wide-ranging constitution.

Moreover, while the Israeli court has certainly offered a last recourse for Palestinians seeking to mitigate oppression, it also has generally upheld the bizarre edifice of Israel’s occupation and settlement of the West Bank (and before 2005 Gaza) – fiercely resisting claims that these are a violation of international law and of the Geneva Conventions. As the chairman of the Foreign Press Association I was involved in numerous petitions to the court which hoped to cancel “closed military zones” and other measures we considered abusive; almost none succeeded. The court seemed to take the words of the military and Shin Bet as gospel, and was close to a rubber stamp.

There’s more: by appearing relatively liberal the court has enabled Israel to avoid genuine scrutiny of its occupation project. Remember, this is a situation in which one quarter of the effective population, the 3 million West Bank Palestinians, are denied voting rights (thus human dignity and freedom) via the device of non-annexation, even as Israel builds Jewish towns all around their homes.

The world has interfered little. Israel is a major strategy ally of the US, enjoying an American defense umbrella and a nearly automatic veto of anti-Israel moves at the UN Security Council. It is an associate member of the European Union and is invited to European sports and cultural events. Its citizens enjoy widespread visa-free travel and their economy trades freely with almost the entire world. All this bounty attaches to the general sense in the West that despite the unpleasantness, the country does at least have rule of law. That means an independent and somewhat powerful court.

The proposed legislation would end the arrangement with speed. It won’t even require the other coming disgraces – like the planned politicization of the civil service, total government control over judicial appointments, and a ban on Palestinian flags – for Israel to no longer be seen in the same light. The so-called reform is a declaration of divorce with the democratic world, by a country that may be a nuclear power but  still benefits greatly from the good graces of the West.

To make things even worse for Israeli citizens, the proposed reforms include removing the fraud and breach of trust offense from the law books (the override clause would overrule the Supreme Court objections). This would remove the only barrier to  kleptocracy by government officials, enabling all sorts of conflict of interest and profiteering that fall short of provable bribery. Conveniently, it would eliminate those aspects of the Netanyahu trial most likely to lead to conviction and imprisonment.

The more subtle aspect of the reforms is the goal of enraging and oppressing Israel’s Arabs in hopes that they will boycott future elections, helping the right stay in power. The plan is quite clear.

Couched in saccharine lies about governance, the “reforms” are a disgraceful assault on every Israeli. Israel would become a country in which the citizens literally have no rights unless the government allows it. The prime minister would become omnipotent, controlling the government, the parliament and the judiciary. Electoral procedures will be distorted to make permanent right-wing rule. It is Putinization.

The Likud did not advertise this prior to the Nov. 1 election. Before they agree to be extras in such a tragedy, Israelis should ask themselves if they really want to live in a Jewish version of Russia. And those who do might ask themselves how much they are willing to pay for the privilege, because the bill will certainly arrive.

Strikes, strife and agitation are probably coming. No less than former military chief defense minister Benny Gantz has warned of civil war. The world currently confronts clearer instances of evil, yes. But no democratic country approaches this level of self-destruction. None have, since the 1930s.

(A version of this article appeared in The Jerusalem Post) 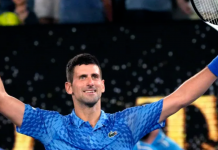 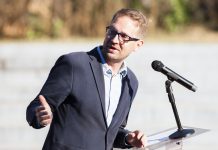 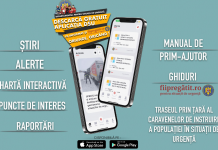