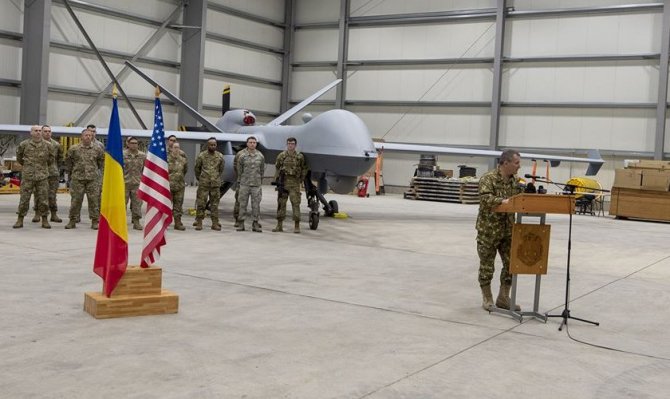 The U.S. Army is investing $130 million in Air Bases and other facilities in Romania and Bulgaria to bolster regional security along NATO’s southeast flank.

It is part of a broader effort to enhance the U.S. deterrence posture in the region and beef up security in the face of unpredictable Russian maneuvers.

A new munitions storage facilities is being constructed  at the 71st Airbase in Campia Turzii, northwest Romania. army.mil reported. It  is being managed by the U.S. Army Corps of Engineers, Europe District.

It is one of several projects underway at the base which is part of a larger European Deterrence Initiative being implemented by the U.S. European Command.

The U.S. Army Corps of Engineers construction mission is also growing in Bulgaria. Romania and Bulgaria, both Black Sea countries, joined NATO in 2004.

In recent years, Russia has stepped up military drills in the sea, which is a main transport and trade artery.

“We have a $130 million program that is going to be awarded between now and 30 September 2021 for work in Romania and Bulgaria… making a big impact to not only the U.S. Army and U.S. Air Force, but also to the Romanian Military Forces, the Bulgarian Military Forces, and our coalition partners,” U.S. Army Corps of Engineers Southern Europe Area Engineer Bryce Jones was quoted as saying.

“Romania and Bulgaria are key NATO allies and we’re excited to be able to design and build projects to benefit U.S., Romanian, Bulgarian and other NATO forces through the European Deterrence Initiative,” said Europe District Commander Col. Patrick Dagon.

“By delivering these projects….. our team contributes to the readiness and responsiveness of U.S. forces in Europe, supports the collective defense and security of NATO allies, and bolsters the security and capacity of U.S. allies and partners.”

Construction is already active on various projects at installations in both Romania and Bulgaria, with several more beginning soon. Smaller construction offices fall within the area of responsibility of the Southern Europe Area Office.

In Romania, a larger Resident Office will be built at Mihail Kogalniceanu Air Base on the Black Sea.

There are smaller project offices at Campia Turzii, another in Cincu, Romania, at Deveselu, Romania, and the last in Novo Selo Training Area in Bulgaria.