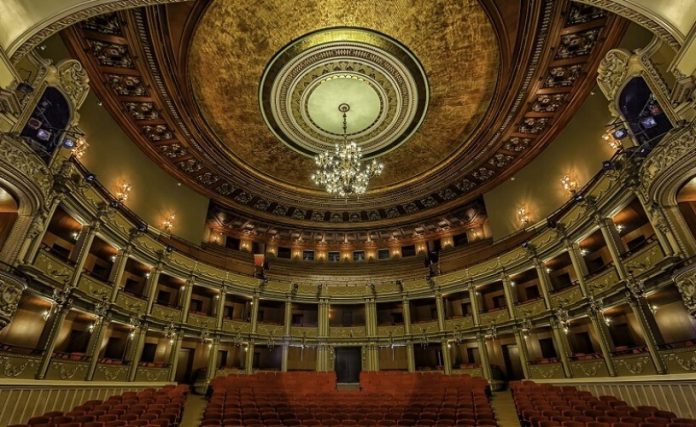 Ukrainian ballets dancers who have fled the unprovoked war in their country now have jobs at the Romania’s National Opera, the culture minister said.

On Sunday, five dancers danced in ‘Giselle’ a romantic ballet by Adolphe Adam, a 19th century French composer of ballet and opera music.

The dancers have already signed freelance contracts with the state opera, Culture Minister Lucian Romascanu was quoted as saying by News.ro. The minister attended a private performance of Giselle on Sunday.

„I’m glad that they are not merely practicing, or just have somewhere to stay, sleep and eat, but they can work. We are drawing up freelance contracts for those that want  them. I understand that these kind of contracts can run for a maximum of three years,” he added.

They are earning about 3,000 lei (600 euros) a month on freelance contracts which means they can pick up other work.

They arrived in Romania after Russia invaded Ukraine on Feb. 24 and have been invited to take part in special National Opera study programs.

The friendly welcome compares to the Bucharest National Theater which has been accused of giving the cold shoulder to Ukrainian artists. Last week, Romanian actors were told they couldn’t express their solidarity with Ukrainian actors who have been victims.

Several actors and a male ballet dancer have been killed in the hostilities in Ukraine. The Mariupol Theater where hundreds of people who had taken shelter was bombed by Russia on Wednesday.

The culture ministry says it has is supporting efforts to help Ukrainians who have fled war.