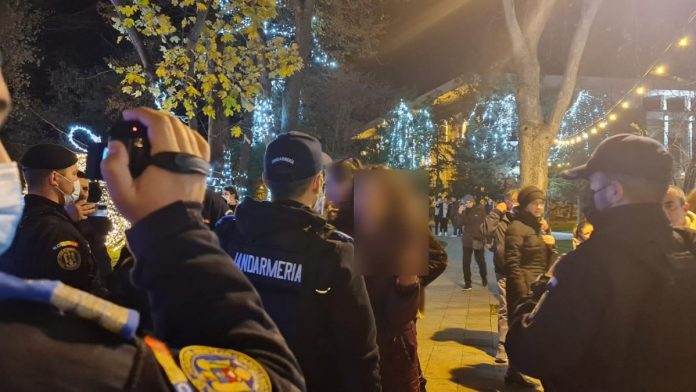 A Christmas market in eastern Romania was temporarily disrupted on Friday after unvaccinated people who objected to green pass requirements scuffled with riot police.

Several people tried to push their way into the outdoor market in the Black Sea port of Constanta.

Riot police dispersed unruly visitors from the scene after they overturned fences that had been specially erected. There were no reports of injuries.

„A small group of men and women provoked a commotion … People ignored children who were at the Christmas market. They pulled down fences put up by authorities and scuffled with law enforcement.  They ignored everything in their desperate  attempt to enter the Christmas Fair without a green pass.”

“The scared faces and tears of children didn’t stop them,” the Constanta city hall said, according to  News.ro.

Public order was restored after the police intervention.

One woman was quoted by Replicaonline.ro as saying: “Isn’t the market paid for with public money whether they are immunized or not?  It’s in the open air, where’s the logic? This is discrimination.”

The Christmas Market opened on December 1 and will stay open until January 9. It is being hosted in the Archeological Park in downtown Constanta.

Romania has Christmas markets in most major towns this year.

Visitors need a Digital European Certificate showing they have been vaccinated or have recovered from Covid-19 in the past 6 months to visit the markets. About 40% of Romanians are vaccinated against Covid-19, one of the lowest rates in the European Union.

Green pass requirements  excludes the unvaccinated from a range of social, cultural and sporting activities. Green passes are required for restaurants and shopping malls.

Children under 12 who are accompanied by a vaccinated adult are exempted from the rule.