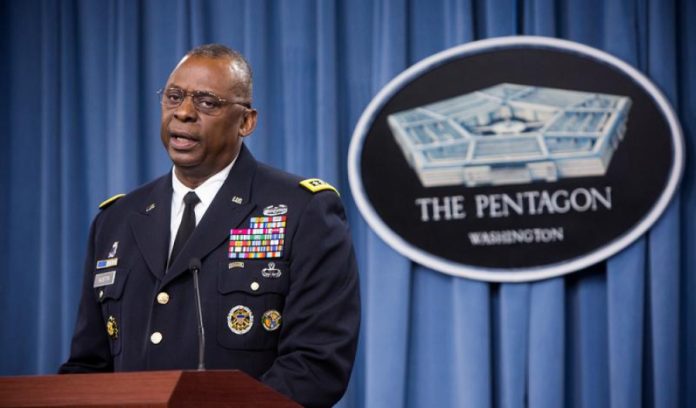 The U.S. Secretary of Defense Lloyd J. Austin III arrived late Tuesday in Romania, the second leg of a trip to Europe which comes amid concerns about Russian influence in region.

The defense secretary first visited Georgia before landing in Romania. He will visit Ukraine before heading to the NATO ministerial meeting in Brussels on October 21-22.

Defense Minister Nicolae Ciuca said they would discuss bilateral military relations in the context of the joint Strategic Partnership. They will also review the security situation in the Black Sea area.

“Welcome to Romania, Secretary of Defense Austin! Your visit honors us!” he minister wrote on Facebook.

Ahead of his tour, the Pentagon said in a statement that the United States „steadfastly supports its European Allies and partners in the face of Russia’s destabilizing actions in the critical Black Sea region.”

The defense secretary „looks forward to meeting with his counterparts and other senior officials to reinforce the United States’ commitment to a safe, stable, and prosperous Europe.”

Georgia and Ukraine want to become full members of NATO, something that Moscow strongly opposes. They are partners states of the military alliance.

Romania is the only NATO member he is visiting during his trip. It hosts important NATO-run military bases at the Black Sea and the northwest Transylvanian region where hundreds of troops are rotated.

The NATO anti-ballistic missile shield at the Deveselu military base in southern Romania, which is under U.S. command, opened in 2016.

NATO says the $1 billion facility has “a purely defensive nature.” But it has strained relations with Moscow.