Thousands of people took to the streets in across  Romania on Tuesday to protest new pandemic restrictions that came into force over the weekend.

There were no reports of clashes with police or arrests unlike Monday.

Some 2,000 people marched to the Cotroceni presidential palace in Bucharest late Tuesday and shouted „Resign!” and „Freedom!”

In the southern city of Craiova, participants took photos of the protests with their smartphones at one point and appeared to be enjoying themselves.

Earlier, demonstrators carried Romanian flags, blew vuvuzelas and whistles and chanted: “Freedom!” and “Down with the state of alert!”

The protests have come amid a surge in new Covid-19 cases. On Tuesday, Romania added about 6,200 new cases and 175 deaths.

The latest wave of infections has led to new measures including an 8 p.m curfew in Bucharest and shorter opening hours in places where cases are more than 7.5 per 1,000 people.

Protesters claim the latest restrictions are unnecessary and an infringement on their personal freedoms.

Several hundred people marched toward the interior ministry in Bucharest on Tuesday evening yelling: “Down with the government!” before heading to the government headquarters in Victory Square.

Some people wore masks which are mandatory in public, while others didn’t.

Demonstrators called for the resignation of Raed Arafat, one of the most recognizable faces of the government during the pandemic. He heads the country’s emergency services.

In Craiova, people set fire to a photo of Raed Arafat and threw smoke bombs. However, the atmosphere was more festive than angry. Many participants took photos of the action.

But the president criticized the violence of the previous evening when demonstrators hurled stones at police and smashed shop windows in the capital.

There were similar but smaller protests on Tuesday in the Black Sea port of Constanta, in the Danube port of Galati, and the central cities of Brasov and Pitesti.

The far-right AUR party has called for protests every day this week.

Taking the bull by the horns: what to do about Austria 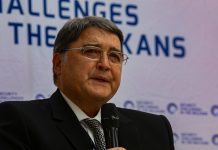 Romania recalls its ambassador to Austria over Schengen rejection 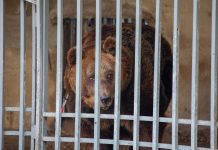