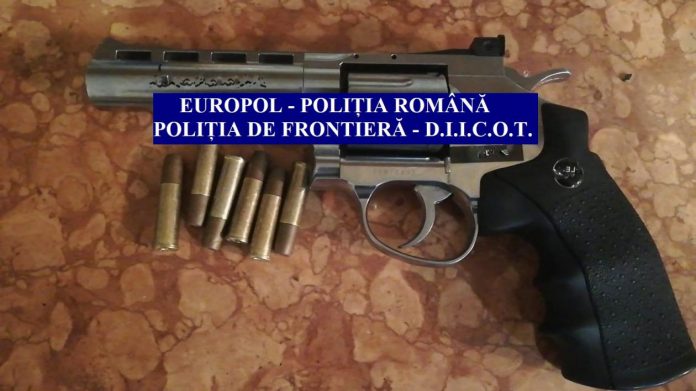 Europol and Romanian police uncovered and dismantled a suspected human smuggling ring believed to have tried to smuggle 30 illegal migrants from Romania into other EU countries.

The investigation led to the arrest of seven people who allegedly smuggled Indian nationals in trucks and vans from Romania into Germany, Italy, and Portugal for around 5,000 to 6,000 euros per person, a statement from Europol said on Tuesday.

A video released with the press statement shows police using a battering ram to break down the door of a storage facility on Monday.

Officers enter a room filled with barrels and wooden pallets with people hidden away in the back of the unit with blankets and pillows.

This alleged smuggling method is part of a bigger trend of using sealed containers and vans in human smuggling according to an analysis by the Global Initiative Against Transnational Organized Crime, OCCRP reported.

The investigation began in September 2019 when authorities were notified about a suspected criminal organization of Indian and Romanian nationals with branches in several Eastern European countries facilitating the illegal crossing of borders from within Romania.

The suspected gang leaders were arrested in November 2020 and January of 2021.

Monday’s action was supported by Austria, Czechia, Germany, Hungary, Poland and Serbia along with organizations like Europol, the Directorate for Investigating Organized Crime and Terrorism, the General Inspectorate of the Border Police and Directorate for Preventing and Combating Illegal Migration and Cross-Border Crime.