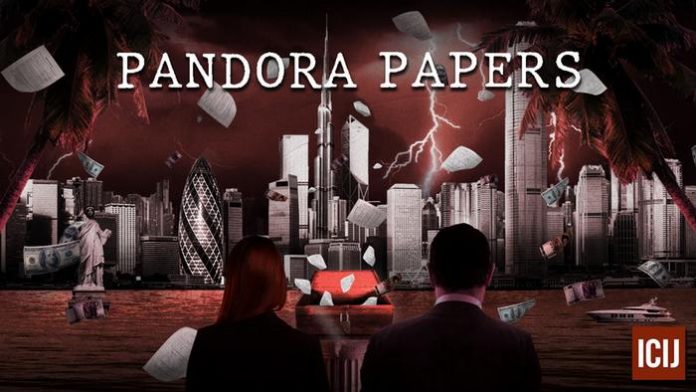 The Pandora Papers as it is named includes 11.9 million files from companies hired by wealthy clients to create offshore structures and trusts in tax havens such as Panama, Dubai, Monaco, Switzerland and the British Virgin Islands.

They expose the secret offshore affairs of 35 world leaders, including current and former presidents, prime ministers and heads of state.

They also shine a light on the secret finances of more than 300 other public officials such as government ministers, judges, mayors and military generals in more than 90 countries.

The outlet didn’t name the pair on Monday. It said one was a former lawmaker. The other currently holds office, and is the real beneficiary of two shell companies registered in the British Virgin Islands.

Rise Project said 100 Romanian citizens also appear in the latest leak. ‘Romania’ appears more than 21,000 times the publication said. However, it added the papers revealed even more connections to Romania.

It’s called the “Pandora Papers” because the findings are shedding light on the previous hidden transactions of the elite and the corrupt, and how they used offshore accounts to shield assets collective worth trillions of dollars.

Former British Prime Minister Tony Blair, the king of Jordan and Kenya’s President Uhuru Kenyatta were among those affiliated with companies that use offshore tax havens.

The investigation, carried out by the International Consortium of Investigative Journalists (ICIJ) and a team of 150 news outlets.

More than 100 billionaires feature in the leaked data, as well as celebrities, rock stars, such as Shakira, and business leaders.