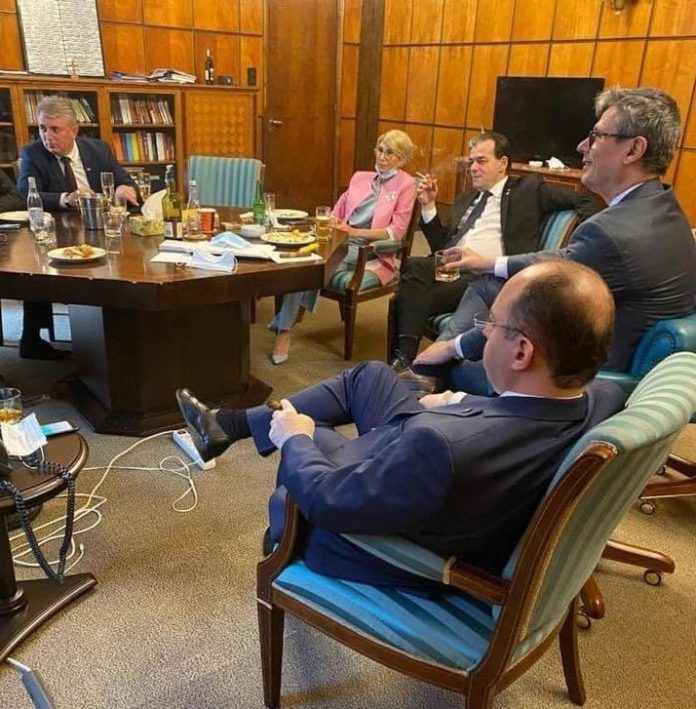 A photo of Romania’s Prime Minister Ludovic Orban smoking a cigarette and not wearing a mask at an informal gathering in his office with several ministers has landed him a 3,000 lei fine.

Orban said the photo was taken in the early evening on May 25, on his 57th birthday. Several ministers came to his office to wish him a ‘happy birthday,’ and he offered them alcoholic beverages and snacks, he said.

Orban said he on Saturday paid the maximum fine possible for smoking inside and not wearing a face covering in an enclosed space which has been compulsory since May 15, a press statement said.

Authorities made face masks a requirement in shops, offices and on public transport in an effort to stop the spread of the coronavirus. Smoking in indoor public spaces has been banned since 2016.

“The prime minister considers that rules must be respected by all citizens, regardless of their position and if rules are broken sanctions should be established by law, without exception,” a statement said.

Orban said nobody at the gathering was wearing a mask as they had been eating.

The photo was first posted on social media by a spokesman of a former minister from the opposition Social Democrat government, and then went viral.