A watch worth $180,000 belonging to well-known Romanian football coach Cosmin Olaroiu that was stolen two months ago has been recovered by Dubai police.

Dubai police said the luxury watch which was snatched in Milan, Italy at the end of August. It had been illegally sold multiple times across Europe before eventually reaching Dubai, Gulf News reported.

“The watch was recovered by the Criminal Investigation Department at Dubai Police. Three suspects were arrested,” Dubai Police said on its Twitter account.

Coach Cosmin expressed his gratitude to Dubai Police for recovering his expensive watch.

“Dubai police has international professionalism and is keen to spread happiness among people,” the 52-year-old Olaroiu said.

Cosmin Olaroiu is a former footballer and professional football manager in Romania. As a manager, he guided Steaua Bucharest to the Romanian League title and Romanian Supercup in 2006. He also led his side to the semi-finals of the UEFA Cup in the same year.

He then began a career in Arab countries and is considered one of the greatest managers in the region.

He was manager  of  some of the top clubs in Saudi Arabia, Qatar and UAE – Al Hilal, Al Sadd, Al Ain and Al Ahli, who won new trophies when he was manager.

In 2020, he took Jiangsu Suning to their first ever title in China. He left the club in February 2021  after the owners announced the club would „cease operations.” 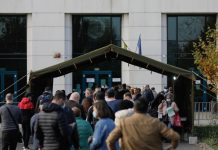