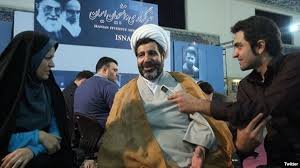 A former Iranian judge arrested in Romania and facing extradition to Tehran on corruption charges has died after falling from a window in the Romanian capital.

Bucharest police said that Gholam Reza Mansouri’s death on Friday was being treated as a suicide, but an Iranian opposition group called his death suspicious.

Mansouri, 52, who served as a prosecutor at Evin Prison in Tehran before being appointed as a judge at Iran’s press court, is also reviled by journalists for his repression of independent reporting. He is reported to have jailed 20 journalists in one day in 2013

He fled Iran and was arrested by Romanian police in Bucharest on June 12 on an Interpol warrant. He was due to appear in court on July 10 to face extradition.

At the time of his death he was under judiciary control, meaning that he had restrictions placed on his movements.

But Shahin Gobadi, spokesman for Iranian opposition group the People’s Mujahedeen Organization of Iran (PMOI/MEK) based in Paris told universul.net.

“While we are not yet aware of the circumstances surrounding ….Mansouri’s death…. this development is certainly suspicious.”

“ The Tehran regime has a notorious record in perpetrating criminal acts and murders outside Iran’s borders, “ adding: “The (Iranian) regime was extremely concerned that in the event of a trial, Mansouri would reveal matters adversely affecting the mullahs.”

Mansouri’s name came up as one of the recipients of bribes in the first trial session of Akbar Tabari, a former judiciary deputy. The former judge allegedly received 500,000 euro in bribes from Tabari.

He is one of the defendants in a recent sensational corruption case in Iran who fled to Europe, Radio Free Europe/Radio Liberty reported.

The International Federation of Journalists (IFJ) said it was advocating for his prosecution and had  documented numerous claims by journalists that Mansouri was directly responsible for their torture.

The IFJ said Mansouri ordered the detention and torture of family members of a Persian TV channel’s president, Saeed Karimian, to prevent it from broadcasting. Karimian was later assassinated in Turkey.