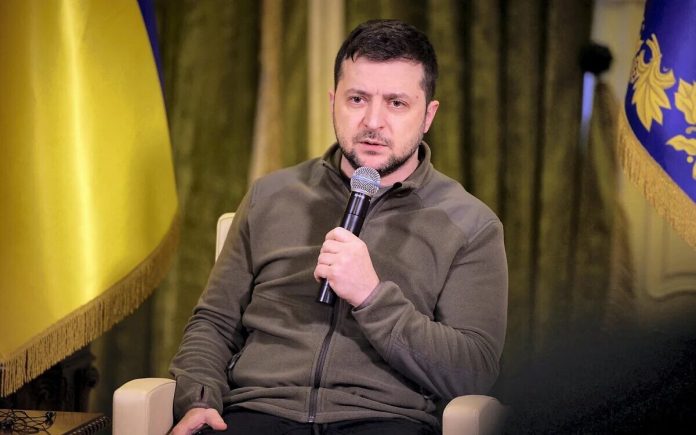 Ukrainian President Volodymyr Zelensky on Sunday begged the West for tanks, plans and missiles to fend off  Russian attack.

He accused NATO countries of holding back due to ‘intimidation’ from Moscow.

The Ukrainian leader demanded that Western countries hand over military hardware that was ‘gathering dust’ in stockpiles. He said his country needed needed just one per cent of NATO’s aircraft and its tanks.

NATO leaders have so far given Ukraine anti-tank and anti-craft missiles as well as small arms and protective equipment.

However, they have not offered any heavy armor or planes and refused to agree to a no-fly zone for fear of being dragged into a wider conflict.

But Mr. Zelensky accused NATO members of holding back on supplies because they were frightened of Russia, suggesting Moscow is in charge of NATO in a late-night address on Saturday.

He said: ‘We need more ammunition. We’ve already been waiting 31 days. What is NATO doing? He asked rhetorically.

‘Who is in charge of the Euro-Atlantic community? Is it really still Moscow, because of intimidation? We are only asking for one per cent of what NATO has, nothing more.’

Russia’s invasion of Ukraine has turned into a war of attrition in many places, with the toll on civilians rising as Russia seeks to force cities into submission from entrenched positions.