The party representing the interests of some 1.2 million Hungarians in Romania started after the revolution as a European party, with pro-European politicians supporting democracy and consolidating the pro-European path and values in Romania. By the 1990s, the UDMR was considered a reformist group, even an engine for progress in that troubled period. Naturally, this idea was promoted by the UDMR, the media, but also by the other parties in Romania. It was a win-win situation for everyone. No one thought or dared to oppose it.

Though nobody uttered it, the underlying idea was: „If we have Hungarians in the government, we will show the world that we are tolerant.” Moreover, the UDMR politicians were not criticized or investigated for alleged acts of corruption like their Romanian colleagues. They enjoyed the advantage of being part of a minority and as such deserving special, even preferential, treatment.

The UDMR is a party that represents the interests of an ethnic group, but has not contributed as much as it should have to the reforms in Romania. The party supported all the government coalitions and remained a currency of exchange in Romanian politics. It has been in power for years and years, enjoying all the benefits.

Hungarian politicians were „helped” by Corneliu Vadim Tudor who was foaming with rage against them. It could be inferred: if the CVT is against them, it means that they may be persecuted. All political parties were complicit in this situation.

Parties founded on ethnic criteria are an anomaly in Europe, almost an anachronism. During communism, governments gave minority representatives rights and positions in central and local administration, so that nobody could claim that minorities were oppressed and there should be no dissatisfaction among minorities.

See the cases of Richard Winter, a Romanian politician, a Saxon minority citizen, who was a minister and the first secretary of the county of Sibiu, or Ludovik Fazekas, who was a member of the Grand National Assembly for 32 years. Based on this philosophy there were born the „ethnic” parties in Romania and Bulgaria. Currently, there are 17 seats for ethnic minorities in Romania, a generous figure.

Ethnic minorities make up about 10 percent of Romania’s population. The Hungarians are (officially) the largest group, followed by Roma and Germans. Obviously, it is good for minorities to know their mother tongue, but if we talk about equal opportunities, it is important that every child has the opportunity to develop skills in the country and in the society where he/she lives, not just in isolated places where minorities live.

I was delighted by my visits to Harghita, Mures and Covasna, beautiful areas, with a different language, a different culture, a different cuisine, where I had the opportunity to talk to many people. By far, the happiest and most adapted to today’s society were those who spoke both languages and could interact with all the citizens of the country.

Romania has a law that allows the use of the mother tongue in the administrative-territorial units in which the citizens belonging to a national minority have a share of more than 20% of the inhabitants, the normative decisions are communicated to the citizens belonging to the respective minority in their mother tongue too, and those of individual character are communicated, on request, in their mother tongue. The Hungarians ask the Romanian state for territorial, local and cultural autonomy. I honestly do not think that the demand for territorial autonomy is realistic or constitutional. Cultural autonomy sounds rather vague and not at all European.

However, some Hungarians consider that they do not have enough privileges and rights. Outside the borders, the situation is seen differently. During the 1999 air strikes against Serbia, former US President Bill Clinton highlighted Romania as „a state that has built a democracy and respects the rights of the ethnic minority”.

A few days ago, USR leader Dan Barna said that Romania should overcome this „ethnic divide” in which everyone votes with their ethnicity and that, in a civilized, modern and educated Romania, the ethnic issue should no longer be topical, which gave rise to a tough response from the UDMR.

An even tougher attack was the one launched three days ago by the UMDR President, Kelemen Hunor, against the President of Romania, Klaus Iohannis. Hunor said that Iohannis „is the first President who, during his five-year term in office, has never sent any message to the Hungarians on March 15th, which for the Hungarians in Transylvania is as important as for any Hungarian in any corner of the world. Iliescu, in his second term, already made an effort, Basescu did this whether he was sincere or not, people believed him, in both mandates, Constantinescu obviously did it, but Iohannis never did it.”

Romania has been a member of the European Union for 12 years, it has reached enough political maturity to start thinking differently. I remember a conversation with a politician from UDMR who was half Romanian, half Hungarian. He said that in 30 years’ time, it will be natural for all politicians in Transylvania to choose a party based on political criteria, not ethnic ones. There we are right now! And the topic is just being opened up. 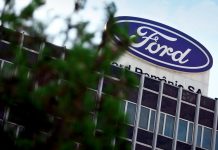 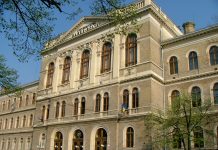