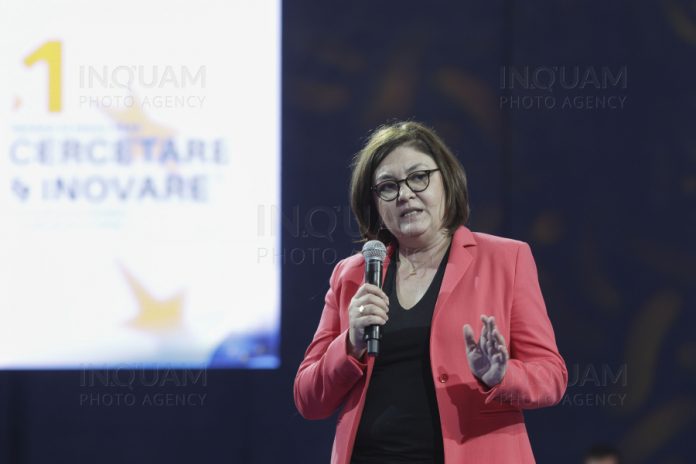 Veteran Liberal European lawmaker Alina Valean has emerged as the favorite to become Romania’s pick for its Commissioner in the EU’s new executive, according to some media reports.

Valean, 51, is one of the most experienced Romanian members of the European Parliament, first taking a seat in 2007 when Romania joined the EU.

Liberal Prime Minister Ludovic Orban is expected to inform the European Parliament of the party’s choice early Wednesday. Reports say it will either be Valean and another European lawmaker, Siegfried Muresan.

Valean served as vice president of the European Parliament from 2014 to 2017 and has held key positions on a number of committees for the past 12 years.  The former maths teacher currently chairs the Committee on Industry, Research and Energy among other roles.

One reason why Valean may now be the Liberals’ preferred pick for the post is because the incoming president of the European Commission Ursula von der Leyen has asked Bucharest to put forward a woman for the job to ensure a gender balance in the commission, media reported in Bucharest.

Liberal officials told Reuters news agency Tuesday that the government would propose Muresan for the job.

Viorica Dancila, the prime minister of the previous Social Democrat government, proposed her ally Rovana Plumb, but the nomination was rejected over integrity issues.

Parliament dismissed Dancila’s government in a no-confidence vote on Oct. 10 sparking political turmoil which also delayed the set-up of the new European Commission.

Orban said he would propose a new commissioner as soon as possible after three proposals made by Dancila weren’t approved.

Valean has been married to Crin Antonescu, the former leader of the National Liberal Party since 2009.