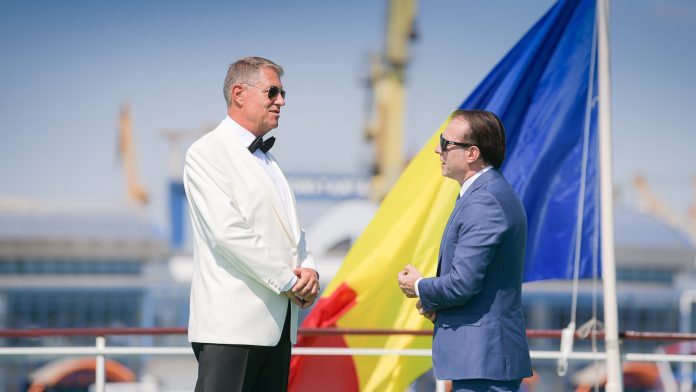 Political tensions in Romania’s governing coalition have grown over the prime minister’s conviction for a drunk-driving offense in the U.S. 21 years ago.

Prime Minister Florin Citu, 49, spent two days in jail in Iowa where he was studying at the time and paid a $1,000 fine

It is thought that Liberal Party leader Ludovic Orban or someone in his camp leaked a document to try and compromise the prime minister.

Mr Orban faces a stiff party leadership challenge from Mr Citu, a former banker. Mr Citu was thought to be the favorite before the leak last week.

It is unclear how much the episode will damage his chances.

On Sunday Mr. Orban called on the prime minister to apologize to Romanians in his next public statements for not having “the courage and honesty” to publicly address the issue.

In an indication of the sour relations between the pair, he had a dig at the prime minister, asking him to “apologize to me.”

„He never told me that he had a conviction for driving a vehicle under the influence,” when he got my support to be prime minister, he said in a message on Facebook.

Importantly for his political career and leadership chances, however, the prime minister appears to enjoy the support of President Klaus Iohannis. The president is the most powerful political player in Romania.

The president and prime minister appeared together on Sunday at Marine Day celebrations at the Black Sea. They looked relaxed in each other’s company, smiling during the event.

The leftist Social Democrats have, as expected, called for Mr Citu to step down and for President Klaus Iohannis to make a public statement.

But more worryingly for the ruling coalition which is already divided by some policy issues, such as judicial reform, Mr Citu has been attacked by other coalition members.

Former Prime Minister Dacian Ciolos, who head the PLUS party called his conviction “a grave problem of ethics and morals. We are waiting for clarification from the National Liberal Party and the president.”

The prime minister’s adviser on anti-Semitism and the Holocaust,  Alexandru Muraru, on Monday responded to the comments.

“Mr Dacian Cioloș is a completely absent and uninterested about what happens in Romania. The only moment he says something is when he attacks his coalition partners or the Romanian president,” he said.

“Dacian Cioloș likes getting involved in scandals to get media coverage,” the Liberal lawmaker added in a statement sent to Universul.net.

“Perhaps he considers that this compensates for his physical absence and his lack of input into the way Romania is governed.”

Mr Ciolos is a member of the European Parliament, where he spends most of his time.