The Kremlin has accused Bucharest of subservience to NATO and plagiarism after a Romanian defense strategy described Russia as a threat to regional stability.

In response, Romania’s Foreign Minister Bogdan Aurescu on Friday summoned Russia’s Ambassador Valery Kuzmin to the ministry over the comments made Thursday in Moscow.

It was the first time since World War II that an official document of the Romanian state had described Russia in this way.

Spokeswoman for the Russian Foreign Ministry, Maria Zakharova, said that Romania’s plan to add Russia to the list of national threats may be linked to the desire to boost the presence of the US and NATO in the Black Sea.

Zakharova accused Romania of mimicking other opinions. “The fact that Bucharest uses the method of plagiarism only confirms a lack of independent thinking among Romanian politicians.”

Relations between Romania and Russia have historically been tense after the Soviet Union imposed communism in Romania after World War II.

More recently, Romania has condemned Russia’s occupation of the Crimea peninsula in the Black Sea in 2014 and has demanded Moscow respect Ukraine’s territorial integrity and sovereignty.

Romanian foreign ministry state secretary Dan Neculaescu told Kuzmin Friday that Romania’s defense strategy “shouldn’t be a surprise, as it was an effect of Romania’s already known behavior in the region in recent years.”

“This behavior is considered destabilizing, including within the framework of the common positions adopted by NATO and the European Union,” a statement.

It added that Bucharest would have “appreciated if the Russian concern for regional stability in the Black Sea had been accompanied by a correct evaluation of the strictly defensive measure taken…. as a direct result of the behavior mentioned by Russia.”

The proposed defense strategy said Russia had contributed “to the deterioration of regional stability” with its “offensive positions and aggression in the last years”.

It said Moscow was “contributing to the deterioration of regional stability”, had strengthened “offensive military capabilities in the Black Sea” and had created a system capable of “restricting access” to the Black Sea in order to “counterbalance” the development of NATO capabilities on the alliance’s eastern border. 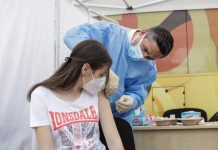