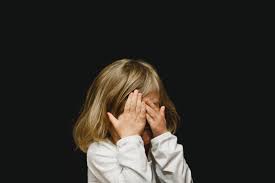 A foster caregiver has abused a number of girls in his care, an official in the Romanian capital said Monday.

He called on the district mayor, local child welfare services  and the government to get involved in the case, News.ro reported.

Romania has up to 100,000 children who are living without their parents after millions of Romanians moved abroad in recent years for jobs in Western Europe. Some left their children at home.

Some children are being raised in the child welfare system, while others are brought up by grandparents or other relatives.

The official called foster parents are a “national embarrassment’ who should be gradually phased out and replaced by family care.

”Three girls have been abused by a foster parent…. We received a desperate letter, and there is fear that this case will be hushed up. Can you imagine the trauma these girls endured?”  Vişinel Bălan said on Facebook.

“Please help us. I am getting a lot of messages from employees in child welfare from abused children, they all feel abandoned. MR Mayor, do you have any information about this case? What have you done? Where are these three girls? Has the caregiver been put on leave?

There has been no response from local child services.

”More than 1,000 abandoned children are looked after by foster parents, and are abandoned by these state institutions. Many of these justify this by saying they can’t cope with teenage behavior.”

“I am calling on the minister to phase out foster parents and (youngsters) to be placed in family care. We are the only European Union country that pays people to looks after abandoned children, and the results are catastrophic.”