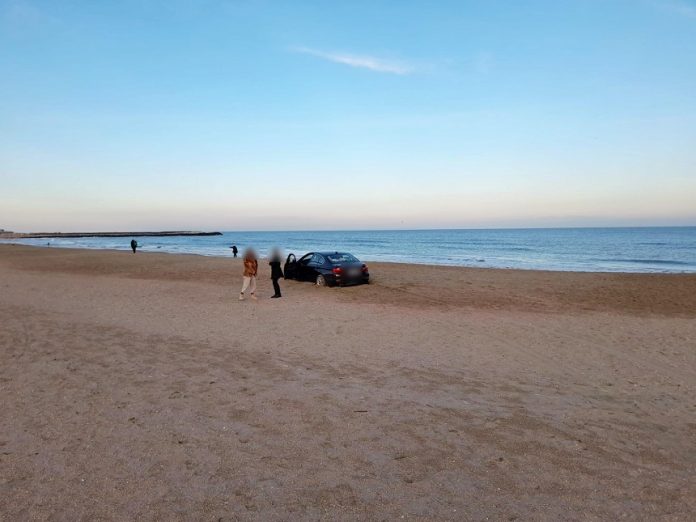 Romania is notorious for bad parking. Motorists park their vehicles on pedestrian crossings, in the middle of the road or on the sidewall, often illegally.

A woman in the Black Sea port of Constanta has taken ‘bad parking’ to a new level: she parked her car in the middle of the Modern Beach in Constanta.

It’s unclear whether she did it for a dare or whether she got lost. When she tried leave, the car was stuck and she couldn’t move it.

“Police remind people that vehicles are not allowed on the beach,” the statement said.

She isn’t the first motorist to park on a sandy beach. In the summer, a 43-year-old mototist was fined after he lecft his Volkswagen on the sand at Saturn.

He’d apparently already clocked up a number of traffic offenses.

On June 13, police stopped him  in the Black Sea resort of Vama Veche, near the border with Bulgaria. They said his license had been suspended for driving under the influence. He was later stopped and tested positive for cocaine.

Vehicles are banned from tourist beaches, except from those with a specific purpose, such as vehicles used for beach maintenance.