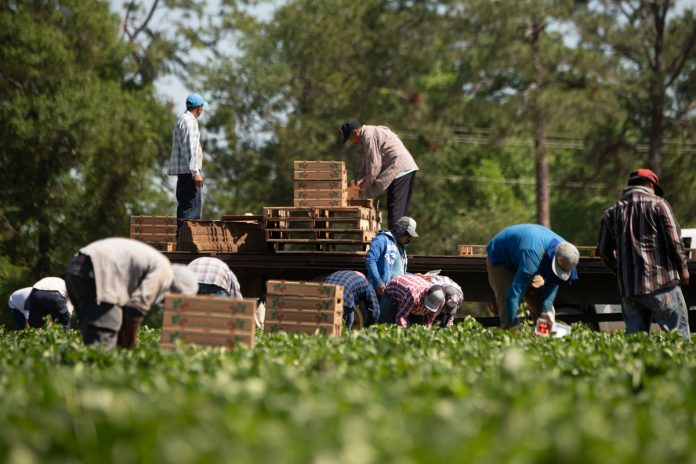 In mid-April, Romanian farmhands arrived at an asparagus farm near the German town of Darmstadt.

The farmer, Anja Hamm, was relieved. She runs the farm with her husband and uncle and every year relies on about 100 East European farm workers to harvest asparagus, strawberries and potatoes.

A European-wide lockdown initially meant the workers couldn’t travel to the farm in western Germany and Hamm had recruited German harvest helpers for the job. But they didn’t know how to use the asparagus knife, she told Frankfurter Allgemeine Zeitung.

European governments last month declared food supplies a matter of national security as supermarkets across the continent were overrun with consumers braced for prolonged home confinement.

Farms in western Europe like the one in Germany rely on hundreds of thousands of seasonal migrant workers who plant or harvest crops in other countries. Romania’s government in early April agreed to would allow seasonal workers to travel abroad on chartered flights and trains.

After the Romanians arrived, things went well for three weeks.

But then some of the workers began to disregard instructions and began picking unripe strawberries which don’t sell, Hamm, 34, told the paper.

A revolt erupted between harvest helpers and the farmers. The rebellious farmhands threatened one of their colleagues, who refused to take part in the revolt, that he would go back to Romania in a wheelchair.

A day later, the bus of an asparagus farmer from Thuringia arrived at the property and eight Romanians quit the farm. By this time, some of the German workers had been trained and returned to work.

Hamm believes it was likely that the workers were lured by better wages or lower deductions for accommodation and meals.

She insists the workers like working on the farm.  „Some of the helpers have been coming to us for almost 30 years,” she says.

The episode, however, shows a shift in the distribution of power in favor of seasonal workers.

They are a “scarce commodity” on the job market. Their price goes up and there is competition for their services.