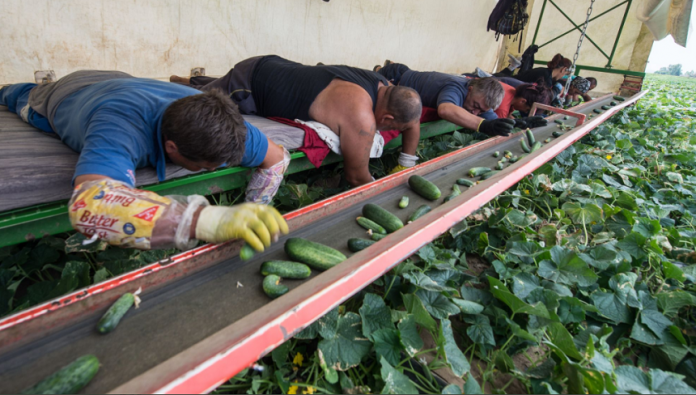 An entire cucumber farm with 500 people was quarantined in southeastern Germany on Sunday after 174 harvest workers tested positive to the virus.

Authorities are confident the outbreak in the Bavarian town of Mamming, in the Dingolfing-Landau district, have not spread outside the farm.

Infected and non-infected people have now been separated, while a fence has been erected around the farm and patrol guards have been deployed to make sure nobody leaves.

The workers are seasonal migrants from Romania, Hungary, Ukraine and Bulgaria. It was unclear how many Romanians have the virus.

Some 5,329 Romanians citizens outside Romania have tested positive for coronavirus so far, of which 2,401 are in Germany followed by Italy and Spain.

Last week, 28 Romanians working at a farm in Herefordshire southern England and 19 at a farm in Swisttal in northwestern Germany tested positive for coronavirus.

Since the pandemic began hundreds of Romanian workers have been infected by the new coronavirus at farms across Europe and abattoirs in Germany and the Netherlands.