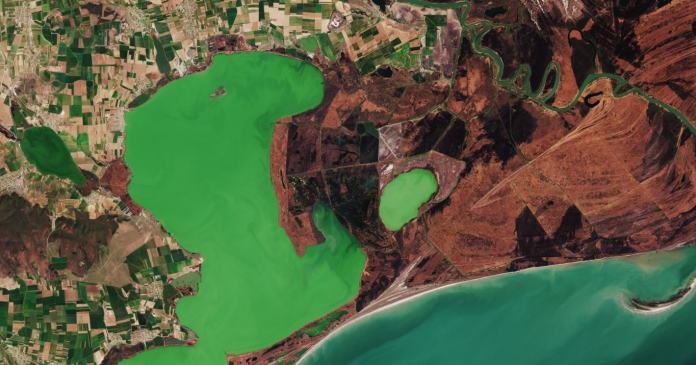 The Copernicus Sentinel-2 mission has taken images of the Danube Delta – the second largest river delta in Europe.

The Danube Delta is a labyrinth of water and land crossing Romania and Ukraine. The European Space Agency (ESA) published an image from Space on Friday.

It compromises lakes, channels and islands and lies at the end of the 2,860 km-long Danube that flows through seven countries.

It has its source in the Black Forest mountains in Germany and passes through Germany, Austria, Slovakia, Hungary, Croatia, Serbia, Bulgaria, Romania,  and Ukraine before flowing into the Black Sea.

The Danube Delta covers an area of some 4,300 sq km and has 300 species of birds and dozens of species of fish in its lakes and marshes.

In 1991, the Romanian part of the Danube Delta became part of UNESCO’s list of World Heritage Sites.

This authentic color image from April 2020, the vast reed beds can be seen in shades of brown which is typical for the time of year.

The Danube is visible in the left of the image. The distinct light-green colours in the sea are likely due to sediment being carried by the river.

The lagoons of Razim (Razelm) and Sinoe which are south of the Danube are visible in emerald green owing to a high concentration of algae. This lagoon complex was formed with the help of the Danube’s alluvial deposits and the gradual eastward movement of the coastal currents caused by the advancement of the delta.

In the top-right of the image is the Sasy lagoon in southern Ukraine. The site is important for migrating, breeding and molting waterbirds.

The Copernicus programme, Sentinel-2 which offers color vision and delivers optical images from the visible to short-wave infrared range of the electromagnetic spectrum.