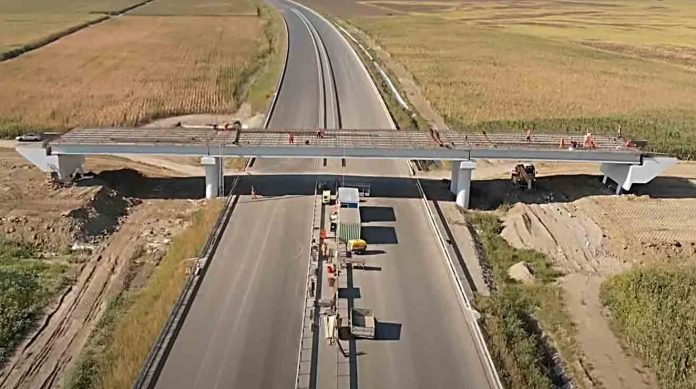 The government on Wednesday approved a new highway that will link eastern Romania to the capital, as it moves to fulfill election promises of improving the nation’s poor road network.

The 63-kilometer stretch of highway is part of a bigger A7 road called the „Moldavia Motorway.”

The approval is for a segment from the southern city of Ploiesti and then northeast to Buzau. It  was formally approved at a government meeting on Wednesday, Transport Minister Catalin Drula said.

The A7 will eventually link Romania’s poor and underdeveloped northeast to the capital.

The Ploiesti to Buzau stretch is fringed by forests and will have service stations and six junctions, the minister said.

The tender for the one-billion euro project will be launched at the end of the month. It will take an estimated 36 months to complete.

„Practically all the traffic coming from Moldova will go to Bucharest on this highway,” he added.

A highway running from Ploiesti to Bucharest was built several years ago. It is an alternative to a popular road that goes through more than a dozen villages. .

Another section of the A7 highway from Buzau, up though Focsani and to Paşcani in northeast Romania will be put out for public tender later this year.

The whole project will cost several billion euros. The government wants to get funding from the European Union’s Recovery Plan.

The funds will help member states address the economic and social impact of the COVID-19 pandemic whilst ensuring that their economies undertake the green and digital transitions, becoming more sustainable and resilient.