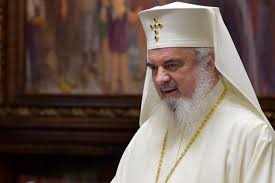 As Orthodox Christians began Lent, Romanian patriarch Daniel on Monday spoke about the war and suffering in neighboring Ukraine.

The Orthodox church leader called on Romanians to help Ukrainians refugees saying „we have to cultivate peace of heart and pray for peace between peoples.”

„In the current (situation) where there is violence and much suffering in Ukraine, it is vital to help Ukrainian refugees who transit Romania or stay here for a while.

“At the same time, we are called to double down on our prayers to God for an end to the war, so there may be peace, so that the refugees may return to their homeland. “

An estimated 1.7 million people have fled Ukraine since the Russian invasion began on Feb. 24, the United Nations said.

The patriarch reserved his strongest comments for Russia.

He said the Romanian Patriarchate „noted with the utmost concern” the war in Ukraine “a war launched by Russia against a sovereign and independent state.”

He called for prayer and solidarity  and help for Ukrainian refugees. “In recent days, …. thousands of Ukrainians have entered our country, fleeing the war.

„Since they entered Romania, they have been greeted with great compassion, friendship and solidarity by representatives of the dioceses of the Romanian Orthodox Church, who have offered their help.”

The patriarch thanked dioceses on the border with Ukraine: the Metropolitan Church of Bessarabia, the Archdiocese of Suceava and Radauti, the Diocese of Maramureş and Sătmar, the Bishopric of Tulcea.

Ukrainians and Russians are belong to the Orthodox branch of Christianity. The Orthodox celebrate Easter on April 24 this year.