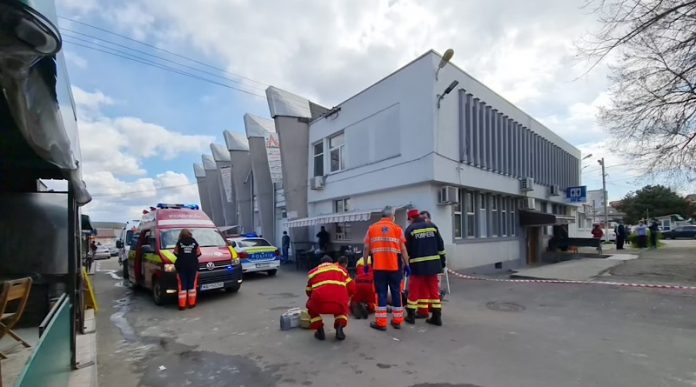 Two police officers have been detained in Romania following the death of a man who apparently died from asphyxiation after they restrained him, pathologists said.

Initial conclusions from an autopsy indicate the 63-year-old man was suffocated as police restrained him, prosecutor’s spokesman Marius Stefan said, adding he didn’t die from a heart attack as was reported.

Two policemen, including a 21-year-old officer, are being investigated for abusive behavior and injuries that resulted in death.

They were initially the subject of a manslaughter probe, but prosecutors changed the charges after seeing images, listening to eyewitness reports and the results of the autopsy.

The unnamed man died on Friday evening shortly after he was forcefully evicted from a burning bar in the central city of Pitesti where a fire had broken out.

Police threw him to the ground after he refused to leave the outdoor seating area. He was reported to be inebriated.

Initially it was reported that he suffered a heart attack during the melee.

But coroners said Sunday that the man’s death was violent and was caused by mechanical asphyxiation. “The soft part of his neck was compressed… He didn’t have a heart attack He had multiple traumatic injuries after falling and being beaten, but the blow to his head couldn’t have killed him,” the chief coroner Dan Manu said.

„The police officers are being probed for causi9ng injury that resulted in death,” the sokes,an said. “The punishment is a prison sentence of between 6 and 12 years.”

He said the officers had pleaded not guilty and insisted they acted in self-defense.