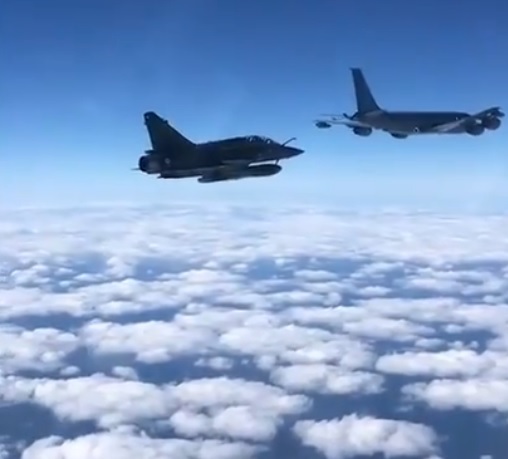 The defense ministry in Moscow said in a statement that on Wednesday it dispatched two fighter planes to check out the two French Mirage-2000 fighter jets and a KC-135 refueling plane, after they were detected „over the neutral waters of the Black Sea” approaching Russia’s border.

The ministry said the Russian jets escorted the French aircraft over the Black Sea „in strict accordance with international rules for the use of airspace,” the Defense Post reported.

The French planes were then turned back from the border and the Russian fighters returned to base, it said.

„Violations of the state border of the Russian Federation were not allowed,” it added.

Tensions between Russia and the West have hit their highest point since the Cold War in the years since Moscow in 2014 annexed the Crimean peninsula on the Black Sea from Ukraine.

Russia and Western countries routinely intercept each other’s fighter jets near their borders.

The Black Sea has become a hotspot for military activity with military excercises regularly staged in the region.

In May 2019, US fighters intercepted six Russian military aircraft in international airspace west of Alaska.