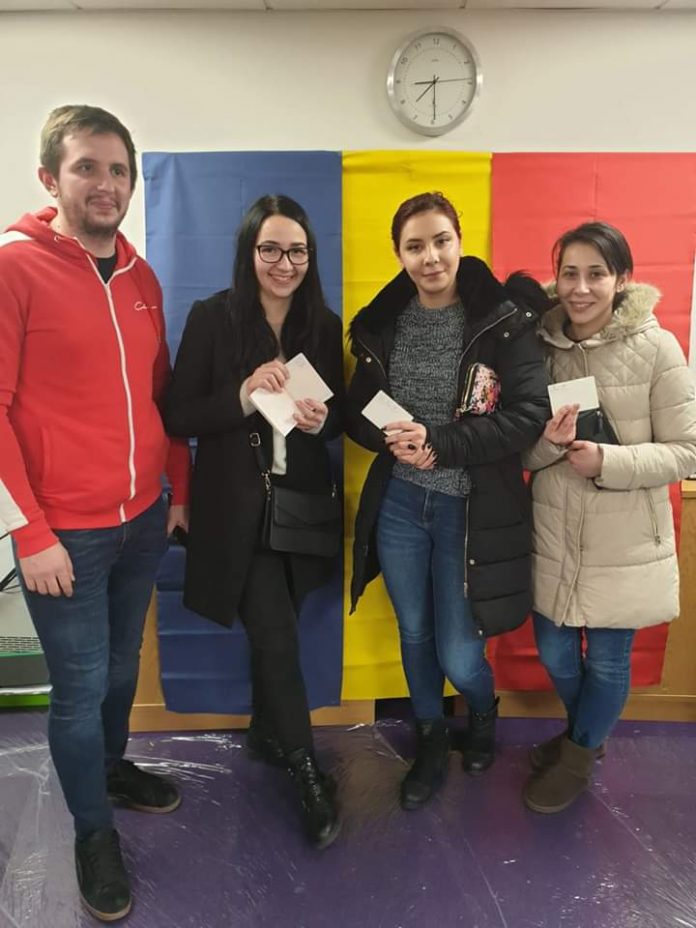 Romanian voters abroad cast ballots for a second day Saturday in record numbers in the presidential runoff which pits the incumbent Klaus Iohannis who promises „a normal Romania” against former Prime Minister Viorica Dancila who is emphasizing her Romanian credentials.

Iohannis is the clear favorite at home and abroad, while Dancila has made a push in recent days pledging loyalty to  “family, God and the Romanian people.”

A record number of more than 675,000 Romanians voted abroad in the first round on Nov. 10 after the law for external voters was changed to extend voting to three days and the number of polling stations was increased.

By mid-evening Saturday, some 350,000 people had voted, more than in the first round on Nov. 10, election authorities said.

Parliament changed the law in July, due to political pressure, following chaotic and angry scenes at polling stations from the 2014 presidential runoff when voters complained about insufficient polling stations and long lines. In the fallout, two foreign ministers were forced to resign.

Following the new law, Romanians can now vote at 835 polling stations across the world, almost triple the number from the 2014 presidential election.

Romanian voters who live abroad put Iohannis in first place with some 52.8% of the vote, and Dancila, the former prime minister training  in fifth position with just 2.7%.

Iohannis says he wants to create “a normal Romania” after years of instability and. Dancila promises told Romanians she believed “in family, God, family and the Romanian people”

Romanian diaspora of 3.6 million is counted as the fifth largest in the world, according to the Organization for Economic Cooperation and Development OECD.

At home, Romanians  will begin voting on Sunday at 7 am (0500 GMT). Iohannis is the clear favorite. In the first round, Iohannis, 60 polled more than 37%, followed by Dancila, who won about 22%.