Romania’s vaccine coordinator Valeriu Gheorghiţă said the country was country in a state of relative calm “between the waves of the pandemic”.

New coronavirus cases have tapered off in the last two months, and have gradually declined  this month even more.

Romania reported 41 new cases on Wednesday, the sixth day in a row when there have been fewer than 100 cases.

Dr Gheorghita said the drop in cases was also as a result of vaccines.

By Wednesday, more than 4.6 million people had received at least one jab, about one-fourth of the population, according to graphs.ro

“Fortunately, the evolution of the virus in Romania is very good. We are in a green scenario “, he said in an interview with B1 TV.

We need to recognize that this is the natural evolution of the pandemic. It comes in waves” , he said.”This is the lull between the waves”.

“We have 4.4 million people who are totally vaccinated…… and of them are in towns and cities where there is closer interaction between people” , he said.

About half of Romania’s population lives in sparsely populated rural areas where there is less interaction between people.

Up to 40% of people are vaccinated in the capital, which has been the virus hotspot. The capital was reporting as many as 2,000 a day in the spring.

However, the vaccine coordinator warned that the situation was complicated by the new delta variant which is much more contagious than earlier mutations.

The National Institute pf Public Health on June 17 said 35 Covid-19 delta cases had been reported in Romania this month.

”Unfortunately, things aren’t that clear. The delta strain, this Indian variant is one of the most adaptable mutations so far  and is very contagious”.

The World Health Organization officials said on Monday that the delta variant is the fastest and fittest coronavirus strain yet, and it will “pick off” the most vulnerable people, especially in places with low Covid-19 vaccination rates.

Dr Gheorghita, however, added that he was reassured by virus’ 1% mortality rate, which he compared to another coronavirus,  Middle East Respiratory Syndrome or MERS. That virus had a 30% mortality rate. 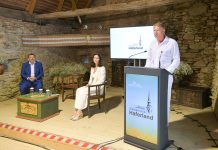 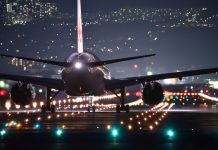