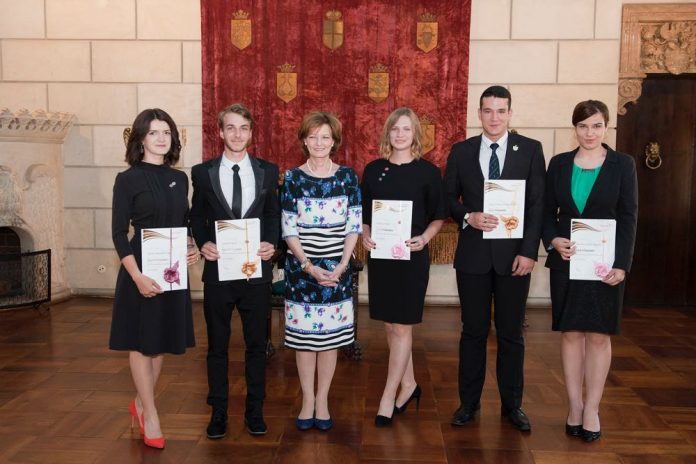 The Duke of Edinburgh’s International Award Romania Foundation is preparing to welcome HRH Prince Edward, The Earl of Wessex for the 14th International Forum

Romania will host the 14th Forum from Tuesday 11 October – Friday 14 October in the Transylvanian city of Cluj.

The conference will bring together international leaders to discuss and plan the future growth of the Award worldwide.

Prince Edward, the youngest brother of King Charles III, will attend and contribute in his role as Chairman of The Duke of Edinburgh’s International Award Foundation, the British embassy said in a statement.

The Award’s global ambition is that every 14-24 year old has the opportunity to participate in the Award and to challenge themselves and build on the universal skills that will serve them and their communities for years to come.

The theme of the event, “supporting the infinite potential of young people”, will look at the challenges and opportunities facing young people today and examine how the Award can work with and alongside its participants, so ensure they are fully equipped to face the world and their futures head on.

The Earl of Wessex will open the event on Tuesday joined by Princess Margareta, the Custodian of Romanian Crown and Prince Radu of Romania; Prince Guillaume of Luxembourg, in his capacity as Chair of The Mérite Jeunesse Luxembourg and deputy Cluj mayor, Dan Tarcea.

During the four-day event, the  Earl of Wessex will meet young Gold Award holders from across Europe to hear first-hand about the positive impact the Award has had on their lives. He will also visit local sports clubs and other Award centers to experience the activities undertaken by the over 10,000 young people across Romania who are working towards completing their DofE Award.

Cluj Mayor Emil Boc said:  “We welcome to our city the entire community of young people and educators of the worldwide network of The Duke of Edinburgh’s International Award. Courage, resilience, openness for learning and testing the limits to allow growth are all values that are so important for the future of humankind.”

John May, Secretary General of The Duke of Edinburgh’s International Award Foundation said: “Today’s young people face a complex array of challenges; many unchartered by former generations. This year’s theme: “supporting the infinite potential of young people” summarises our unwavering belief in the tremendous opportunities that young people around the globe can offer society, as well as the tireless dedication of our volunteers who work towards championing them to achieve this.”

Shajjad Hadier Rizvi MBE, Chairman of The Duke of Edinburgh’s International Award Romania said: “I am hugely proud that Cluj was chosen to host the Global Award Youth Forum, with delegates from every corner of the globe in attendance. I have been president of the Award program in Romania for 10 years now. In that time the program has grown and is available to young people from every walk of life and across the country.”

It has since expanded to 144 nations, including Romania. The awards recognize adolescents and young adults for completing a series of self-improvement exercises modeled on Kurt Hahn’s solutions to his „Six Declines of Modern Youth.”