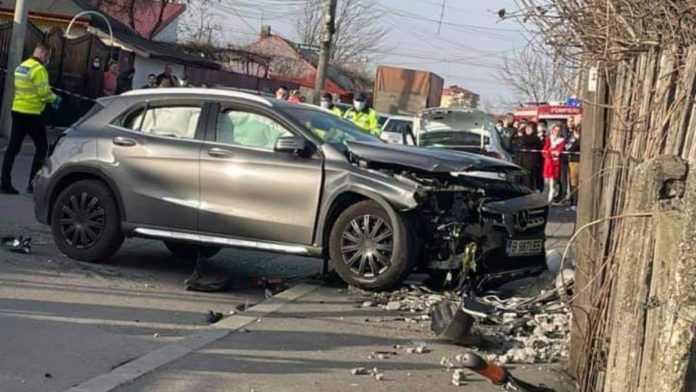 Romania recorded more traffic deaths for its population size than any other country in the European Union last year, statistics show.

Overall, fatal road accidents fell across the European Union in 2020 by almost one-fifth as a result of restrictions on people’s movement during the pandemic, officials said.

The decreased mobility during the pandemic led to 4,000 less traffic fatalities than in 2019, initial statistics show.

However, 18,800 people still died across the bloc and in Iceland, Norway and Switzerland which aren’t EU members, according to figures released by the European Commission.

Romania retains the dubious top spot on the list, although fatalities have gone down in the last decade.

The East European country had 85 victims per million people in 2020 which is double the EU average of 42 per million inhabitants.

EU Transport Commissioner Adina Vălean said: “There were 4,000 fewer victims in 2020 than the year before. Unfortunately, Romania has more traffic deaths than anywhere else.”

Romania needs to invest massively and urgently in road safety: proper infrastructure for cars and pedestrians, education and legislative reforms to align with European principles.”

Speed and undisciplined pedestrians are the main cause of accidents in Romania, police say.

Still, traffic accidents which resulted in deaths were 31% less than they were was in 2010, three years after Romania joined the bloc.

Romania has consistently ranked first after it took the spot from neighboring Bulgaria which had the most traffic deaths for population size for a number of years.

However, Bulgaria, a country of seven million managed to cut traffic deaths by 40% in in the past 10 years. In 2020 there were 67 deaths per one million inhabitants.

Latvia is now in second place in the ranking, with 74 victims per million inhabitants.

At European level, the safest places to drive or be a pedestrian are Sweden and Norway which recorded 18 victims each last year.

The Mediterranean island of Malta where they drive on the left had 21 traffic fatalities, Iceland had 22, Switzerland, 26,  and Spain 29.

The small state of Liechtenstein recorded a single death in a car accident, after in 2019 when nobody died on the roads.