ASTRA Sibiu County Library has announced that it has published the three volumes of the first Romanian encyclopedia on the website www.enciclopediaromaniei.eu, where anyone can see the work of 209 personalities from the country and abroad for eight years (1896 – 1904).

„When you build a culture and when you build a house you need a foundation, so that structure can last. For the French, in 1780, they decided that the most important work was an encyclopedia of the French language. (…) The first in the world. Over the centuries, the Romanians also built an association, in Transylvania, and made a church strong. They built an association that spread culture, in fact this is the point. They built a bank to financially support all the actions. They built a political party to represent them at the level of Budapest where the Parliament was at that time, and very importantly they built a printing house. Today, they all operate in Sibiu, in one way or another, or at least the buildings are still there. And the second step, and the speech began with Andrei Saguna, was to write this encyclopedia of the Romanian language. Which has just happened and I want to mention the name of Cornel Diaconovici. Next year, it will be one hundred years since the death of Cornel Diaconovici, I think that we as a community can make an effort to place a statue of him right in front of the library (…) because this man wrote the Encyclopedia of Romania. It wasn’t him to writing all the words. There are a lot of people, but he was the coordinator. He is our Diderot. If the French, in the 2000s, made a website of the French Encyclopedia, we follow their example and make a website too”, stated the Director of the ASTRA Sibiu County Library, Razvan Pop, at the launch of the website, on the National Day of Romania.

„Maybe it’s good for the Romanian culture, which has been googled lately and needs help to see culture there, not just chatter. I hope with all my heart that young people will access it, in the hope that they will be able to see how beautiful the Romanians were even before 1918, the effort of an academy of thought, led by Cornel Diaconovici, a man who gathered thousands of people around him. (…) A golden team, which gave a book of gold. Encyclopedias are for enthusiasts, for history enthusiasts, of the Romanian language. For me, it is very important to rediscover the topics of theology in the encyclopedia. I have been working on the three volumes for two years, so that you can understand how much was written there. We have identified more than 140 articles. This says a lot about the effort of these people and the quality of their writing. (…) We need young people to browse through this book, to rejuvenate this encyclopedic culture, and I think there is a chance to recover culturally when we correctly read the things at hand. Beyond this precious attitude, of a celebration, let’s make Romania a celebration every day, shake her hand and thank her. That is, there is a little more to work at Romania than we imagine”, said Father Constantin Necula, the deputy Dean of the Faculty of Theology in Sibiu.

The first Romanian Encyclopedia was printed in Sibiu. The coordination of the writing and editing of the Encyclopedia in three volumes (1898, 1900, 1904) under the auspices of ASTRA at the Wilhelm Krafft Publishing House fell to Corneliu Diaconovici, first secretary of ASTRA, director of the Transilvania magazine, according to the information on the Library’s website county of Sibiu. 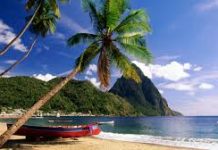