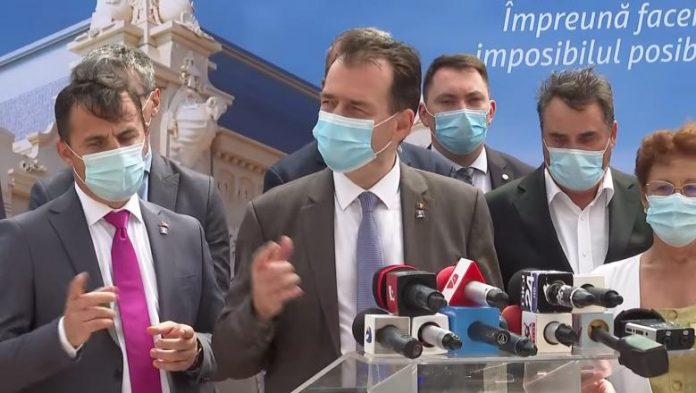 Romania’s Prime Minister Ludovic Orban has gone into self-isolation after taking part in a televised show where the host later tested positive for Covid-19.

Last week, Mr. Orban was interviewed in the studios of by B1 TV by journalist Silviu Manastire who announced over the weekend that he was infected with the virus.

The government said Monday that the prime minister had got himself tested and gone into self-isolation while waiting for the result. He canceled meetings scheduled for Monday,

“The prime minister doesn’t have any of the symptoms connected to the new coronavirus,”  a statement said. “Until he gets the results, the premier has suspended face to face meetings with other people.”

Bucharest’s incoming mayor Nicusor Dan and a number of government minister will also get tested after they came in contact with the premier in recent days, they said.

Romania has seen a spike in cases in recent days, with in excess of 2,000 cases for  four consecutive days, with numbers dropping slightly on Sunday and Monday, as fewer tests are carried out at the weekend.

On Monday, Bucharest reported a record 562 new cases about one-third of all cases nationwide.