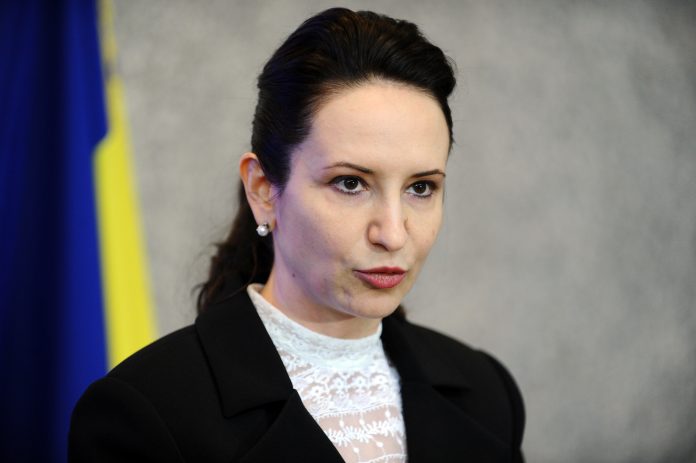 Justice Minister Catalin Predoiu said in a statement Thursday evening that Giorgiana Hosu would step down immediately to protect the reputation of the Directorate for Investigation of Organized Crime and Terrorism, or DIICOT.

The minister said he had discussed the matter with her earlier in the day.

The development comes amid increased scrutiny about Romania’s commitment to an independent justice system.

Romania remains under EU monitoring over laws which critics claim threaten judicial independence and dilute the definition of corruption.

An Advocate General of the European Court of Justice said this week that measures introduced by Romania to regulate judges do not guarantee their independence and are contrary to EU law.

The ministry said in a statement that the resignation “was motivated by a concern to protect the credibility of the institute” and wasn’t directly connected to her.

She will be replaced by her deputy Oana Daniela Patu.

Mrs. Hosu was appointed to the post in March by President Klaus Iohannis in spite of failing to win a non-binding approval of a magistrates’ group which guarantees the independence of the judiciary. The recommendation not to appoint her was not connected to her hsband’s case. Mr Iohannis said.

Mrs Hosu took the post after predecessor Felix Banila resigned at the request of the president.

A Bucharest court sentenced Mr Hosu for illegally accessing information and instigating others to access information they were not authorized to with the aim of obtaining money or other goods. He was acquitted on charges of influence trafficking and bribery.

Mr Hosu was previously the head of a police department tasked with combating illegal migrant trafficking.

Mr Iohannis had previously suggested that were Mr Hosu convicted, he would want her to be removed from the post.

The justice ministry urged prosecutors at the anti-crime unit to continue their work “without delay or reserve.”