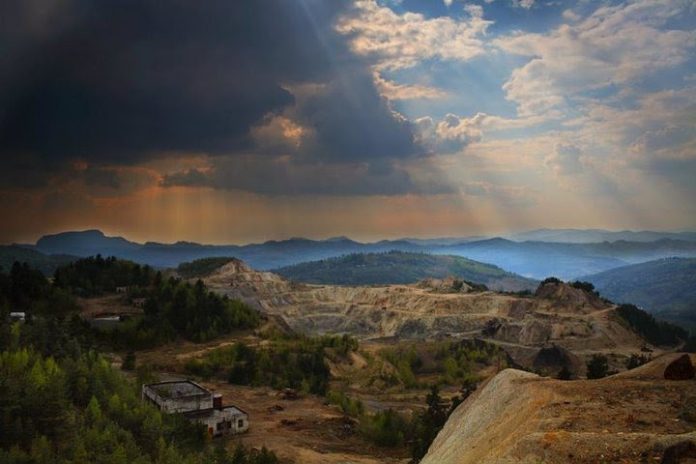 UNESCO on Tuesday listed Rosia Montana, the mountain which sits on important Roman  gold mine, a World Heritage Site. The decision could indefinitely stall a controversial gold mining project.

The mining area, at the center of a $4.4 billion international arbitration dispute, has been one of the most divisive issues in Romania of the past 20 years.

Leaders in Bucharest were quick to praise the development after the announcement was made in Paris.

The site lies in the Apuseni Mountains in western Romania. It „contains the most significant, extensive and technically diverse underground Roman gold mining complex currently known in the world”, dating from the second century, according to ICOMOS, an advisory body of the UN agency.

Tian Xuejun,the chairman of the UNESCO’s World Heritage Committee said it was granted the status as world patrimony in danger “in recognition of the vulnerability of the site as well as the need to urgently take protection measures.”

Culture Minister Bogdan Gheorghiu in February asked for it to be listed to stop the gold mine being built there.

“I’m happy 19 years of efforts have been repaid,” he said after the decision.

President Klaus Iohannis added his voice to the development.

“I welcome the inclusion of Rosia Montana…. as a World Heritage Site,” he said. “Rosia Montana should become a model for making heritage” a valuable asset.

Environmentalists have criticized the company’s plan to use 12,000 tons of cyanide per year to separate gold from rock.

Tens of thousands of people staged regular protests against the mine in Bucharest and other cities in 2013.

Local residents have said they are  worried that the heritage would be destroyed if the gold mining project, which would involve the leveling of four mountains, goes ahead.

However, others said it would lead to economic development and create jobs in a deprived area.

Rosia Montana mayor Eugen Furdui on Tuesday called the new status it a bad decision „for the community and country. It won’t bring benefits to the community, only difficulties and extra obligations,” he said.

The dispute began in the 1990s when Gabriel Resources said it wanted to extract  300 tons of gold and 1,600 tons of silver.

In 2013, the former Social Democrat government withdrew its support for the project. That meant it failed to get the necessary environmental approval.

In 2016, Romania declared Rosia Montana a site of historical interest, which gave it some protection from mining activity, but not enough, conservationists said.

Gabriel Resources is seeking  $4.4 billion damages from Romania at the World Bank’s International Center for Settlement of Investment Disputes.

The open pit operation would have been Europe’s largest gold mine. According to the company, it would have injected up to $24 billion into Romania’s economy.

A World Heritage Site is a landmark or area with legal protection by an international convention administered by the United Nations Educational, Scientific and Cultural Organization.

World Heritage Sites are designated by UNESCO for having cultural, historical, scientific or other form of significance.