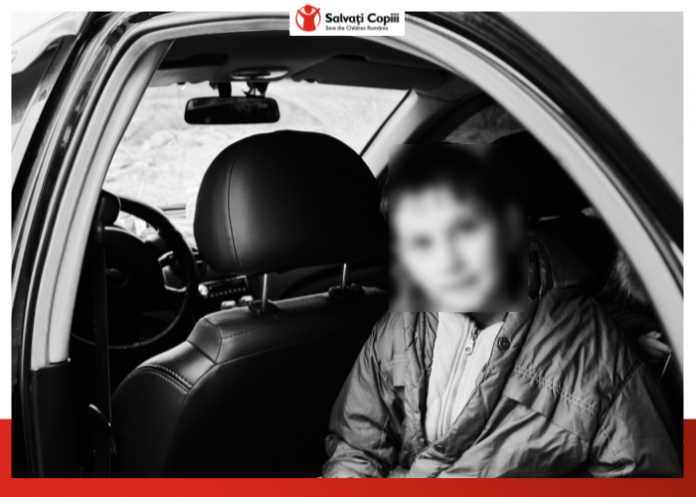 Yuri, a young Ukrainian boy from the Odessa region arrived alone at the Romanian border. Both his parents were killed on the same day after Russia launched its invasion of Ukraine.

He is one of an unknown number of children who have arrived in countries neighboring Ukraine such as Romania without his parents, Save the Children Romania said Monday. .

Any child who arrives unaccompanied at Romania’s  border is legally entitled to  humanitarian protection.

The vast majority of refugees who arrive are  women and children who are have fled an unprovoked war that has devastated their country less than two months. Ukrainian men aged 18-60 are not allowed to leave as they are liable to be called up to help the war effort.

Save the Children, a humanitarian aid organization for children has placed teams at border crossings and refugee centers to provide assistance to children in distress. There are offering social assistance, in all forms: humanitarian, legal, and counseling especially for vulnerable cases like Yuri.

Yuri who has been moved into a placement center in Romania is not the only child  whose parents have been killed. He initially received humanitarian assistance from the Save the Children team at the Isaccea customs point for unaccompanied children.

„Today, more and more children are at risk of losing their lives. They are affected by illness, cold and lack of education. The war in Ukraine is a tragedy of great proportions and the most vulnerable victims are children,” said Gabriela Alexandrescu, executive president of Save the Children Romania.

She said more children around the world were affected by wars than prior to the coronavirus pandemic.

In such cases, an unaccompanied child  is taken into the custody of child protection authorities. They are then placed with a family or foster parents, preferably who are Ukrainian or Russian speakers.

Children who arrive with relatives or caregivers but not their parents register with border police. Police require the adults to fill in forms providing details such as name, date of birth, nationality, and identity document and telephone number).

They also need to provide the address where they will stay in Romania or abroad. Humanitarian assistance is granted to unaccompanied minors. Romania’s education ministry ensures that unaccompanied children are enrolled in the education system.

Students can apply for their studies to be recognized. Refugee children have the same right to education as Romanian preschoolers, pupils and students. They are also entitled to accommodation in state boarding schools, a food allowance, educational supplies, clothing, footwear and textbooks.

Save the Children Romania warned that youngsters trapped in war zones in Ukraine are at risk of starvation, hypothermia and human trafficking.

Ukraine has an estimated 100,000 children in state care, the group said. On March 30, the UN had reported 3,090 civilian casualties in Ukraine. There were 1,189 deaths of which 145 were children. Some  222 children were injured since the start of the war. These figures are preliminary as more casualties are recorded.

More than 4 million people, half of them children, have fled the war in Ukraine, the largest displacement of children since World War II.  The World Health Organization (WHO) has confirmed 82 attacks on health facilities in Ukraine.

Ukraine’s education ministry says 698 schools have been shelled or damaged, with 75 completely destroyed by attacks from Russian forces.

Romanian border police say some 611,000 Ukrainians entered Romania between February 24 and April 2 either directly from Ukraine or via the Republic of Moldova.  Most refugees have transited Romania. Some 80,000 Ukrainians have remained in the country so far.