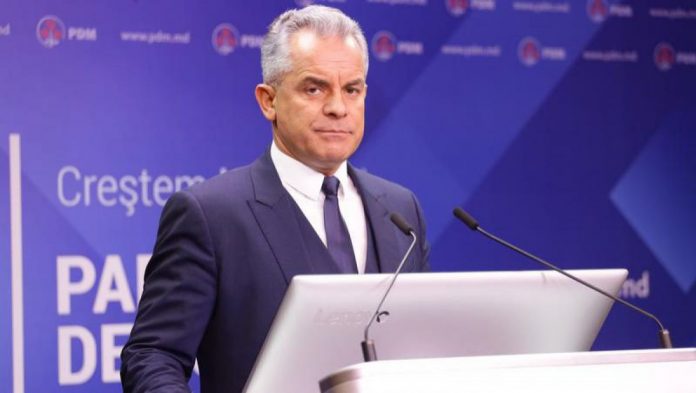 U.S. officials say that notorious Moldovan oligarch Vlad Plahotniuc, a behind-the-scenes political operator linked to a massive bank theft, is in the United States despite being subject to a visa ban earlier this year.

Radio Free Europe/Radio Liberty reported that Plahotniuc was in the country, despite being subject to a visa ban since January.

„We understand that Vladimir Plahotniuc is present in the United States, but is currently in administrative removal proceedings,” the U.S. Embassy in Chisinau said in a statement on Thursday, RFL/RFE reported.

„Such proceedings, including permissible avenues of judicial review, often can take significant time,” it added.

The embassy and the U.S. State Department in Washington, D.C. declined to provide any further details about when he arrived, when he might be deported, and whether he was in U.S. custody, RFE/RL reported.

The office of Moldovan President Igor Dodon did provide comment on the situation.

In announcing the measures on Plahotniuc and his family on January 13, Secretary of State Mike Pompeo  cited the oligarch’s „corrupt actions.”

„Vladimir Plahotniuc’s corrupt actions undermined the rule of law and severely compromised the independence of democratic institutions in Moldova,” Pompeo tweeted. „The U.S. stands with Moldova in its fight against corruption.”

Plahotniuc was sen as the country’s most powerful behind-the-scenes operator, fled Moldova in June 2019 after being pushed out of parliament as part of a government shakeup brokered by Russia, the United States, and the European Union. .

He’s been linked to the disappearance of more than $1 billion — totaling nearly one-eighth of Moldova’s GDP — from the country’s biggest banks between 2012 and 2014.