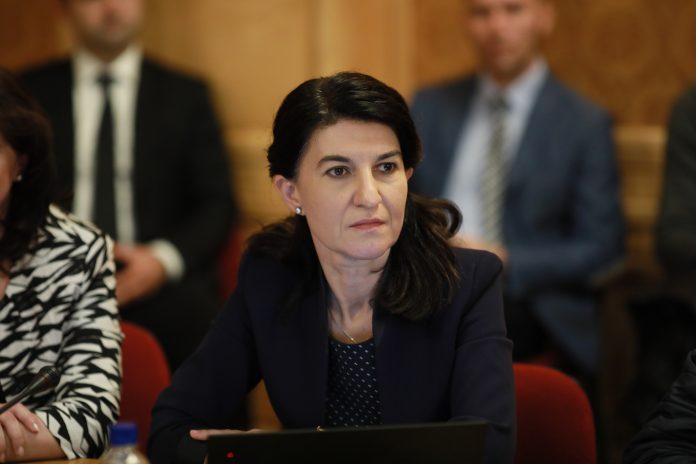 “Indolent” officials who fail to take responsibility and have a slapdash approach to their jobs. People who don’t work in a team and publish dishonest information. That’s what Violeta Alexandru said she found after she became labor minister.

Alexandru said she encountered a litany of problems at the ministry after her appointment in November.

She noticed “a level of superficiality when it came to proposing solutions,” she said in an interview with universul.net. “The second thing that hit me was that … nobody was responsible for an activity or a project the minister or someone else asked for. There is no sense of individual responsibility and (ministry officials) have no culture of working in a team.”

Alexandru served as minister for three months before parliament removed the minority Liberal government in a no-confidence vote on February 5.

President Klaus Iohannis renominated Ludovic Orban as premier to form a Cabinet. The government will ask for parliamentary approval on February 24. There are doubts that the government will win enough votes though.

Alexandru, 44, who entered politics after a career in civil society said she was trying to apply what she learned from her previous career to her current job.

Prior to politics, she was a founding member of the Institute for Public Policy, a non-governmental organization.

“I’m asking for a change in rhythm and attitude,” she told universul.net “I am organized. (In the ministry), you say something, and it’s forgotten. I don’t forget. I remember, and I go back to what I said.”

She said there was an old mindset in the ministry.

“Some people are counting the days until I’m gone so that the previous people, the former ministers they appreciated, can come back,” she said.

„They are doing politics for the Social Democratic Party in the labor ministry. They are publishing dishonest information,” she said.

Still, she admitted it was hard for people to change their old ways.

“I acknowledge that it’s not easy to work if you’ve always taken it easy,” she said.

„But if you want to change, you start to get a taste for it once you see results.”