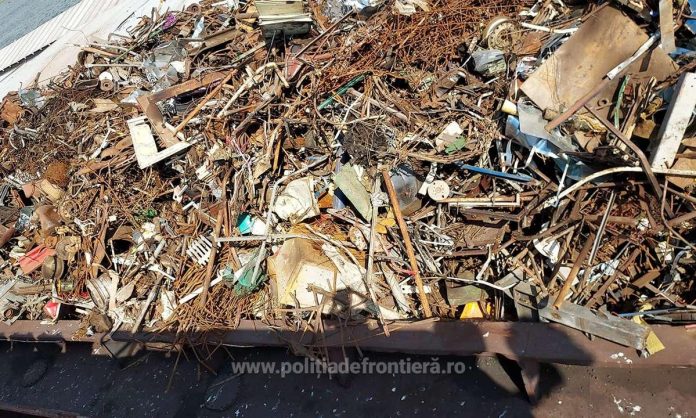 Romanian authorities say they have stopped a barge transporting 1,000 tons  of illegal waste coming from Serbia. a,

Romanian border police said the Coast Guard and the Environmental Guard found the waste at the Danube port of Cernavoda in eastern Romania on Monday during a routine check.

The convoy had five barges loaded with grain and the sixth was carrying had 1,055 tons of scrap iron, border police said Wednesday.

During the inspection, officials noticed that used car parts, paint, oil, parts, used electronic and electric equipment, plastic and textile waste and used tires were hidden among the scrap metal.

The Environmental Guard blocked the transport as did not meet the legal requirements. It was ordered to return to Serbia.

Authorities are investigating the shippers on suspicion or transporting illegal waste and making false written statements about the goods they were transporting.

It is the latest load of illegal waste to be shipped to Romania in recent months.

In June, border police said more than 3,600 tons of waste have been sent to Romania this year. Most of it is shipped to the Black Sea port of Constanta.