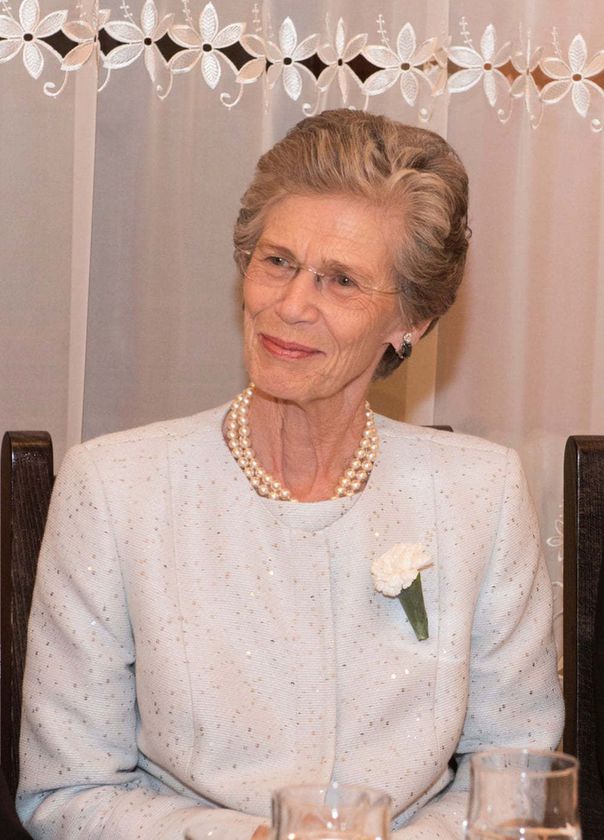 Archduchess Maria Magdalena of Austria, the granddaughter of Romania’s Queen Marie who was forced into exile after the Communists came to power has died, the royal family said. She was 81.

The daughter of Princess Ileana, she was born just after the start of World War II at Sonnberg Castle in Austria. She died in Salzburg, Austria in August, the royal family said. No further details were available.

She and her brothers Ștefan and Dominic, and her sisters Maria Ileana, Alexandra and Elisabeta lived in  Bran, Transylvania, where they had a castle and in Bucharest during the war.

But King Michael was forced to abdicate in 1947 when the communists came to power. Princess Ileana and her family fled to Vienna by train.

After communism ended in 1989, the family gradually started to visit Romania again.

Her brother Dominic was awarded retroactive rights to Bran Castle in May 2006 by the Romanian authorities as inheritance from his mother Princess Ileana.

The Bran Castle, perched on a cliff near Brasov in mountainous central Romania, is a top tourist attraction because of its ties to Prince Vlad the Impaler, the warlord whose cruelty inspired Bram Stoker’s 1897 novel, “Dracula.”

Together with her husband, Baron Hanns she attended King Michael’s funeral in December 2017. They also went to his wife Queen Anne’s funeral in August 2016.

She attended the ceremony in 2015 in which the heart of her grandmother British-born Queen Marie of Romania was laid to rest in the palace in the Carpathian Mountains where she died,

It was enclosed inside a small silver casket and was placed on a plinth placed behind the couch where she passed away in 1938.

King Michael decorated his cousin with the Cross of the Royal House of Romania in 2016. The royal family called her death “a great loss for Her Majesty and for the whole Family.”

There were other private visits to Romania, too. She and her husband had a close relationship with Princess Margareta, the custodian of the crown, and her husband, Prince Radu.

They went to Cluj, Sibiu, Oradea, Arad, Alba Iulia, Brasov and Fagaras, a statement from the royal family said.

She also spent time with relatives in the Elisabeta Palace in Bucharest and the castles in Sinaia and Săvârșin.

After leaving Romania, she spent part of her adolescence in the United States. She then settled in  Salzburg.

Her life was not without tragedy. Her elder sister Marie Ileana and her husband were killed in a plane crash in Brazil, along with their unborn second child. They left an infant daughter.

She is survived by her three children, Baron Johannes, Baron Georg and Baroness Alexandra von Holzhausen. There were no details about funeral arrangements immediately available.