Ion Cristoiu, one of the most influential journalists in Romania of recent decades collaborated with the Securitate communist-era secret police, a court has ruled.

Mr. Cristoiu, who has been editor-in-chief of a number of publications in the last 30 years sued Madalin Hodor, a researcher at the National Securitate Archives in 2018 over claims that he was an informer known as “Coroiu” for the dreaded communist-era secret police.

He denied being a collaborator in court, but judges ruled against him in Nov. 2019. The Bucharest Tribunal dismissed his appeal on Oct. 22. The ruling is final.

Mr. Cristoiu, 71, was a well-known name in the media before 1989 which was largely controlled by the Communist Party. His links to the Securitate are not surprising, only the amount of time it took for them to be exposed and his fierce denials.

The case is important as it sheds light on one of the last secrets of the communist era: the fact that many former agents continued to operate at a senior level even after Nicolae Ceausescu was executed and communism ended.

The Securitate was considered to be one of most repressive secret police operations in Eastern Europe. It kept tabs on Romanians with an network of informants and officers and suppressed dissent against the increasingly paranoid Ceausescu.

Only a handful of people have acknowledged their Securitate connections, and many have sued when allegations surfaced.

In recent years, however,  people such as former President Traian Basescu and National Bank governor Mugur Isarescu have had their links to the Securitate exposed.

Mr. Hodor claimed he had come under “huge pressure” to not publicize what he discovered about Mr. Cristoiu in the archives.

Newsweek Romania first published the allegations in the form of an interview with the researcher in 2018.

Reacting to the ruling, Mr. Hodor said: “I hope he finds out about the ruling, so he can have ‘the good day’ he deserves.”

He said that Evenimentul Zilei, which Ion Cristoiu established in 1992 and where he has a column, had asked for him to be dismissed from the council after he published a list of dozens of officials and personalities that allegedly were collaborators or agents,

He said that the paper began a smear campaign against him, trying to discredit his professional credentials and claiming that he’d published a fake list.

He said he was sanctioned by the council and his salary was docked. Mr Cristoiu then sued him.

“The court ruled that Cristoiu is ‘Coroiu’ of the Securitate. I did my duty. What Romanian society decides to do with what has been proved is not in my hands.”

He said he remained optimistic.

“We are living in my times, not theirs. Their times disappears with each passing day,” adding “You can’t stop the truth coming out of the archives.”

There has been no reaction from Ion Cristoiu to the ruling. In an interview in July this year, he said he thought the Securitate would “run Romania for the next 100 years.” 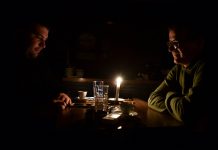