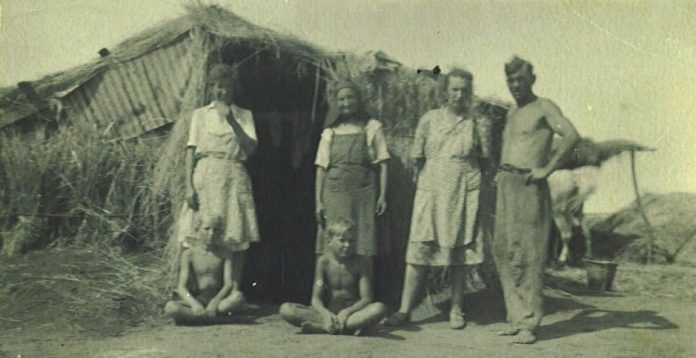 Romania on Friday marked 70 years since the deportation of tens of thousands of people from one end of the country to the other.

The episode is often called “Black Pentecost”, as it fell on the day Orthodox  Christians celebrated the feast day in 1951. It was the biggest mass deportation of Romanian citizens after World War II.

Soldiers arrived at people’s homes in Banat, southwest Romania, on the night of June 18 and and told them they had to leave. Anyone living withing a 25-kilomter radius of the Yugoslav border was targeted for relocation.

Overall, up to 45,000 people were evacuated and moved hundreds of kilometers away to the Bărăgan plain in eastern Romania.

The deportations came amid deteriorating relations between Romania and Yugoslavia,  which was not part of the Warsaw Pact.

The operation also served as an ethnic cleansing exercise with non-Romanian groups, deemed less loyal to the regime, moved away from an area Bucharest was suspicious of.

The southwestern border became a sensitive area for Bucharest which was in the other corner of the country and the government feared subversive activity.

Even in the late 1980s before communism ended, the border  with Yugoslavia was a no-go area for Romanians who didn’t live there.

The ethnic minorities who lived in Banat were considered “a high risk element” to the newly-installed communist regime. In March 1951, copying a Soviet model, Bucharest issued a decree ordering tens of thousands be moved from their homes to the other end of the country.

These included Romanians, ethnic Germans, and other ethnic groups in the area such  as Czechs, Serbs and Bulgarians.

People were taken under military guard from their homes to be forcibly relocated in 18 villages hundreds of kilometers away.

Some 10,000 soldiers enforced the deportation. Deportees traveled on trains and trucks. They were only able to take basic necessities with them.

“There were 3 families in a train carriage, with carts, animals, people,” according to an account by Gheorghe Cotorbai who was 6 at the time.

“I didn’t know where we were going… Everyone was talking about us being taken to Siberia.  “It was only after we passed Bucharest that our parents found out that we would stay in Romania, but we didn’t know where”.

The journey lasted about a week… At railway stations along the way, soldiers gave us water and the Red Cross gave children milk to drink, but it had gone off; they gave us medicines, if necessary. ”

The fortunate ones found huts which they could live in. But most were taken off the train and left in open fields. They were banned from traveling outside a certain area.

Gradually, they built houses of mud and effectively colonized the underdeveloped  and sparsely populated region.

Five years later, they were allowed to return home. Most did with some opting to settle in the Baragan

It was the second mass deportation after the overthrow of Marshal Ion Antonescu.

In January 1945, some 30,000 ethnic Germans were deported to the Soviet Union at the end of the war. They gradually returned in the years after hostilities ended.

The biggest ever deportation was the World War II  deportation of Jews and Roma to Trans-Dniester in the Soviet Union where many were exterminated.

‘Whatever age they are, justice must be carried out.’ Romanian official vows to step up efforts to bring justice for victims of communism