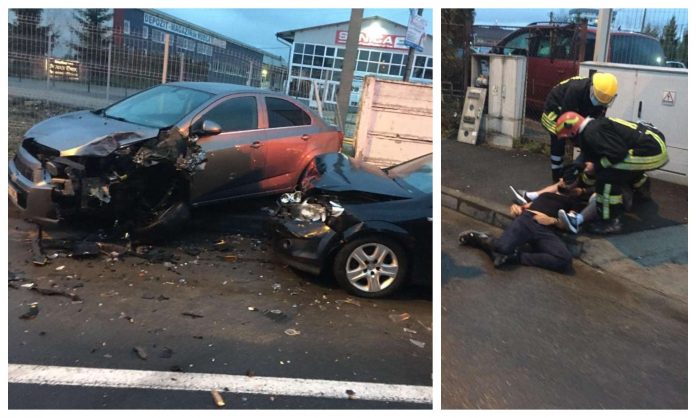 The son of former tennis player and businessman Sever Muresan deliberately drove his car into a row of parked cars in central Romania, police said. Nobody was injured.

Adrien Stephane Mureșan was eventually stopped and pulled out of the car by passers-by in the city of Brasov.

Police were unable to breathalyze him on the spot. He was transported to hospital to undergo tests after the incident on Wednesday evening.

Tests showed he had a blood alcohol level of 2.10 mg, a potentially fatal amount. He was also tested for drugs.

The 39-year-old known as Stefan Muresan in Romania, apparently got in the car after a row with his girlfriend. He proceeded to take out his anger by smashing into 12 cars in a residential parking lot in the city.

In the ambulance he continued his tirade and ripped off someone’s medical collar. He also tried to destroy equipment in the ambulance, police said.

He was later taken to a psychiatric hospital. Police have filed criminal charges against him.

In 2017, he was in the news after he climbed to the top of a crane in Bucharest and threatened to jump.

He finally came down after 10 hours of negotiations.

Sever Muresan, 72, is a former tennis player who later went into business. In 2002, he was sentenced to prison in France for a 3.4 million euro tax fraud.