It’s Tuesday morning, and hundreds of cars are parked outside a hypermarket in Bucharest. At the entrance, there’s a sign inviting shoppers to buy “noble wines,” but fine liquor is the last thing on people’s minds.

News of an outbreak of coronavirus in Italy has sparked a surge in bulk buying in the last 36 hours in Romania, with anxious customers driving to hypermarkets to stock up on basics.

Pharmacies ran out of surgical masks 2 weeks ago, but they can be bought online up to 200 times the usual price.

Italy has confirmed a total of 283 cases with seven deaths from the virus. Neighboring Austria which briefly halted train traffic to Italy over COVID-19 fears, confirmed its first two cases of the virus on Tuesday, while the first case was also confirmed in Croatia.

No cases have been reported yet in Romania, but with up to one million Romanians living Italy and 170 flights a day between the countries, there are fears the disease will spread here soon.

Former President Traian Basescu said that flights to and from Italy should be grounded, raising concerns. President Klaus Iohannis said the infection would be discussed on Wednesday at a meeting of the country’s top defense body

Three pharmacies in north Bucharest visited by universul.net said they had run out of surgical masks “weeks ago” and were unable to replenish supplies as wholesalers had also run out.

“We sold thousands and thousands,” said Violeta Priceputu, a pharmacist at Ameris Pharma. “One person alone bought 10,000 masks,” she added.

Masks which usually retail between 0.5 and 0.8 lei are now selling on OLX for as much as 100 lei apiece (the seller only has nine masks). There was an offer of.4 lei each (box of 50 costs 200 lei), but it’s no longer available.

At malls, hypermarkets and supermarkets, some people were wearing masks Tuesday as they went about their shopping.

Store managers reported a surge in shopping since Monday as fears grew that coronavirus would break out in Romania.  “People are buying tinned food, flour, non-perishable goods,” said one manager of a hypermarket on the DN1 who wasn’t authorized to talk to the media.

In the Metro hypermarket in north Bucharest, dozens of customers zigzag around the store, their shopping carts piled high with multipacks of flour, water, rice, canned food, oil, water and toilet paper. There’s the odd lettuce, some chicken breasts and I spotted a single bottle of Moldovan rose wine in one shopping cart, but most people are stocking up on basics.

It’s not even 10 in the morning and there are already long queues at all the checkouts.

“We are buying food for our family and relatives in Voluntari,” Urzicaru said. “A lot of people are worried that coronavirus will come” to Romania, she added.

A doctor said he’d bought extra flour and maize. “It will be worse next week. Shops might run out of basics. He added: “Coronavirus will come here.”

But a dentist who was shopping at the hypermarket said she was more worried about people’s “stupidity” than the actual virus.

“It’s only flu and it can be treated. It’s only if you are elderly and you already have other conditions,” that it’s dangerous, she said. “ She said she was wearing a protective mask as she had a cold.

At the Sel Gros hypermarket across the road, a manager said that traffic had increased since Monday. At lunchtime, the car park was almost full. “We haven’t run out of stocks,” he said. Empty shelves and not being able to restock are clearly worries for hypermarket managers.

Ileana Marin, 55, who has a small shop in Bucharest was stocking up on beer, flour and other items from Sel Gros.

“People have gone mad,” she said. “They are exaggerating with this coronavirus; it’s just like a normal flu.”

She was concerned that authorities would impose flight restrictions and she would be unable to go to her grandson’s christening in Madeira in two weeks’ time.

Another shopper who was putting apples into her cart, said she didn’t need a mask or medicine.

“We are Orthodox,” she said. “God will protect us.” 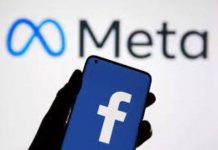 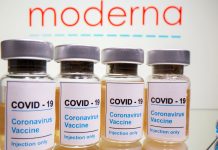