The tsarist Minister of Internal Affairs during the 1905-1906 period, Pyotr Durnovo, at one point wrote a memorandum addressed to Tsar Nicholas II (I found the reference and the passage in David Potter, Disruption. Why things change, p. 240-241, Oxford University Press, 2021)

In that document, the author diagnosed the following:

…and made the following prediction:

Not long after, the First World War began, in which the tsarist army faced the most serious of shortages with millimeter precision, all anticipated by Pyotr Durnovo. In the next stage, the country plunged into what is so well known today: anarchy, civil war, the fall of the tsarist regime, the rise of the communist regime.

How prophetic the words of Nicholas II’s former minister are once again, today, today when a dictator with “enlightened” airs has replaced the inept tsar at the helm! It is irrelevant whether or not there was, a century or so later, a whistleblower of Durnovo’s caliber in Putinist circles of power – and one to have his sharpness of diagnosis and anticipation.

After all, he had been one in the time of the last tsar for nothing, if his work was so “fruitfully” ignored at the highest level.  It is clear, however, that the war in Ukraine is, for Russia’s Armed Forces today, the litmus test of poverty, disorganization and carelessness, which was the First World War for the tsarist armed forces of Nicholas II. Then, it is just as clear today, as it has been for more than a century, that the war that Putin embarked on as if he had thrown under the guillotine not a country, but the bared throat of a chicken, is “undertaken with the most civilized and technologically advanced nations”.

Today’s advanced nations, which Putin has been demonizing for years from the well-known “traditional-orthodoxist” positions, are those that tear apart the Russian military on the Ukrainian front and the Russian economy on domestic and foreign fronts. Weapons, intelligence and sanctions calmly and thoroughly crush every fiber of futile and cancerously impotent Russian aspirations.  However, since on the military front we can gather more easily and in a noble quantity information regarding the disaster of the Moscow army, thanks to multiple sources that the Kremlin cannot control, the following represents a review of the impact on the other key-front, otherwise as well known as the military front, but it something harder to understand by the general public – the front of Western economic and financial sanctions, in this case their grassroots impact, in the deepest areas of the Russian economy.

Only disinterest or a falling under the hypnosis of Russian propaganda can screen this impact, which is coining nothing else than the fact that it is the West that comes out with a bruised face from the box of sanctions. It’s a cheap strategy, of the rat huddled in the corner, showing its fangs, but it has no room for maneuver and is also surrounded. Putin likes the rat parable, but it doesn’t work in his favor.  But whatever Russian propaganda might whisper – on social media networks, in newspapers and on TV – not only is the impact of the sanctions oppressive for Moscow, but it is also naturally amplified by the primitive configuration and structure of the Russian economy: export of hydrocarbons and export of military equipment. The rest of the spheres, in the greater GDP equation of Putin[s Russia, are, unfortunately for the Russians and the regime itself, simply peripheral.

Thus, the review in short:

IMPORTANT! In the context of the war in Ukraine, we can no longer speak of Western sanctions in a “usual” regime, but of an unprecedented economic war, with a complex impact and, very likely, with lingering effects after the actual end of military hostilities. 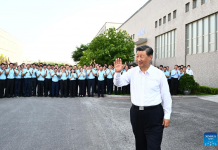 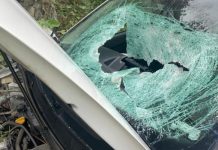